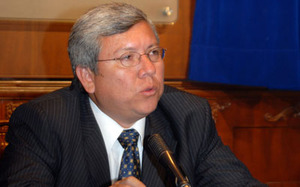 The scheme hopes to increase $ 14,950 million for taxes in 2014. This was revealed by the figures shown on last weekend by the Ecuadorian President Rafael Correa during his Saturday.

However, if we compare the figures with the current size of the economy, it is understandable that the collection will be a little lower than last year, relative to gross domestic product (GDP).

Ortiz explained that the figures presented by the leader of the regime corresponding to the document budget and at the time of execution, the revenues could be higher. He added that in recent years, budgeted projections by the SRI have been less than the actual revenue.

The Legislative Board (CAL) will receive Correa’s proposal and subsequently directed to the respective committee. The legislature has a month to discuss the issue and make sure that the figures do not contradict the Constitution.

The draft budget arrived to the Assembly