Indefinite reelection through an amendment

The amendment is the preferred choice by the ruling bloc of Alianza PAIS (AP), which presented a text that will reform the Articles 114 and 144 of the Constitution. Then the text will be sent to the Legislative Council of Administration (CAL for its Spanish acronym) that, under Article 73 of the Organic Law on the Legislative Branch, shall form an occasional specialized committee to analyze the proposal.

If the proposal is done through amendment, it should be an initiative of not less than one third of members of the Assembly , ie 46. It should be discussed in two debates; the second debate should be done “in urgent manner within 30 days of the year in which the first debate was made.”

Finally for a final approval, the proposal will need the affirmative vote of two-thirds of the Assembly, consisting of 137 legislators. The ruling bloc exceeds the requirement by having 100 seats. 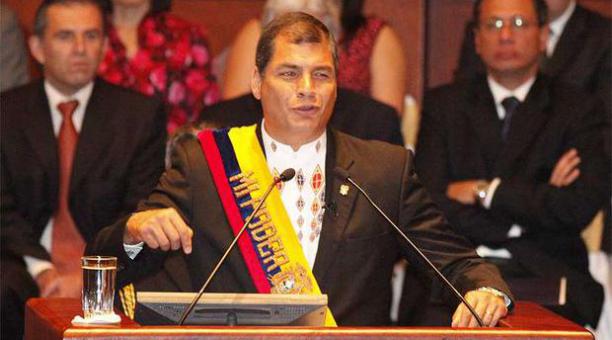