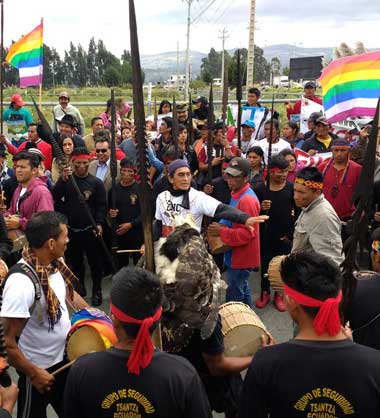 The Indigenous made a stop in Latacunga. The Conaie in its passage through the prison of Latacunga decided to baptize it symbolically with the name of “Penal Rafael Correa Delgado”, in reference the former president today settled in Belgium, after 10 years of government during which the biggest robbery was recorded in the history of Ecuador.

The walk called “March for a dialogue with Results” began on November 27, 2017, in the indigenous community of Union Base, located southeast of Pastaza canton.

Once they arrive in Quito, the indigenous people hope to address issues such as the settlement of disputes over lands and territories, the restitution of bilingual intercultural education, the institutionalization of the dialogue process, pardon and amnesty for more than 177 activists, among others.

“We named the maximum security prison in Latacunga as” Rafael Correa Delgado Prison, “which is the house where Correa, Glas and Correísmo’s sons are imprisoned,” reads a tweet from the Conaie. They are expected to arrive in the capital on December 11. (I) 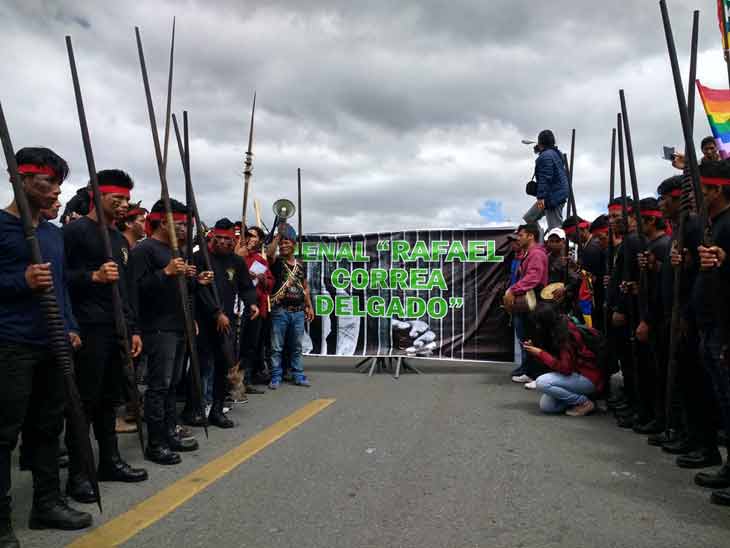