Inflation levels were accelerated in the second month of 2015 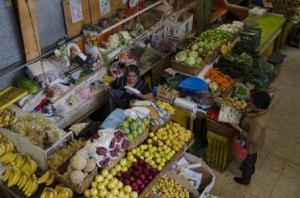 Both inflation of February, 0.61%, as the annual of 4.05% were accelerated, if is compared with a year ago, when its were 0.11% and 2.85%, respectively, according to the latest report from the consumer price index, released on Thursday March 5 by the National Institute of Statistics and Censuses (INEC).

According to the INEC, this is due to the rising price of transport; miscellaneous goods and services; housing, water, electricity, gas and other fuels; foods and non-alcoholic drinks; restaurants and hotels; and furnitures and household items.

The most inflationary cities during the second month of 2015 were the Santo Domingo de los Tsáchilas, Machala, Manta, Quito and Esmeraldas, while the less inflationary, Cuenca and Guayaquil.