The proposed referendum project, which is being supported by the environmental group Frente de Defensa Total de la Amazonia is at risk of falling after the National Electoral Council (CNE for its Spanish acronym) revealed that 41 % of the forms provided by this group did not meet the requirements for their signatures to be subject to evaluation.

However, 30,000 canceled forms (41 %) represent the rejection of 240,000 signatures, which practically discards the project. The representative of the group, David Iniguez, revealed that the group will submit an application for consideration to CNE to urge an internal assessment that would reveal the reasons why each one of those documents were disqualified.

The question posed by Frente de Defensa Total de la Amazonia is: Do you agree on declaring Ecuador free from all extractive activities; and generally, free of projects affecting the Pachamama and other environmental assets such as oil and gas, mining, among others?” 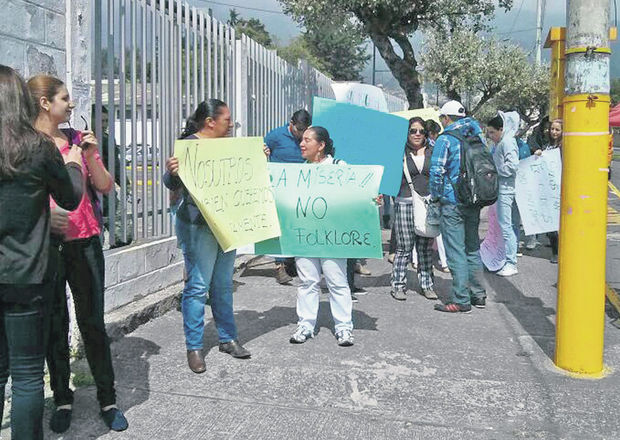 Members of the environmental group protest outside the signature verification centre.

Underwater Search of the Malaysia Airlines is nearing completion