An initiative was launched on Tuesday, October 8, to collect aid for the uninformed people who safeguard citizen security in cities, especially in Quito, during protests led by indigenous people and workers and that has led to excesses, violence, and looting.

“WE NEED HELP for our military brothers and police who protect the safety of our cities. Let’s support with cookies, water, nuts, oatmeal, bread” said the initiative started on Twiter. 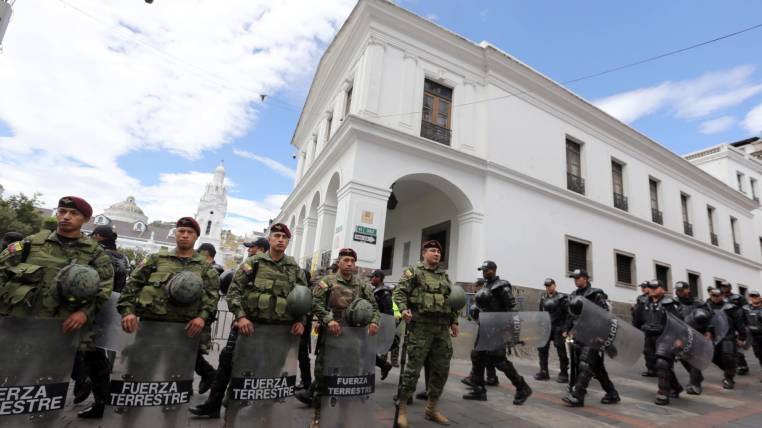 The organizer invited people to leave donations in the Community Police Units and in the military deals of their sectors.

Police and military personnel have been displaced to guard the main dependencies of the country. They have also been distributed in different areas and roads and some citizens seek to organize to help them. The idea was already launched last weekend but this Thursday has been finalized with the signaling of the points where the help could be sent. Until Monday there were more than fifty uniformed wounded by protesters who used stones, sticks and other objects.