Insulza: There Could Be More Coup Attempts in Latin America 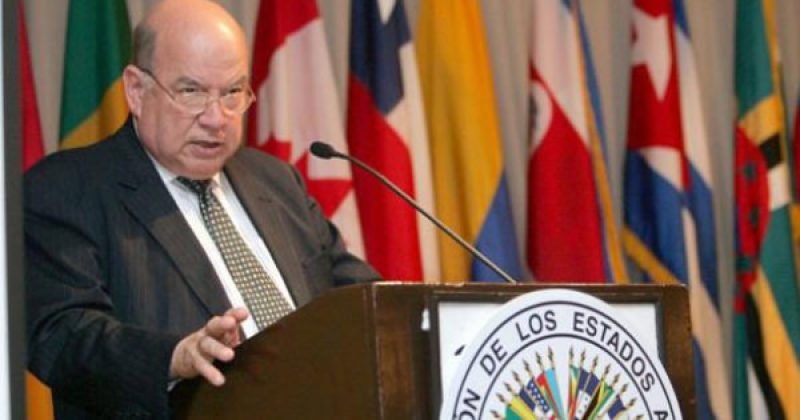 Washington, AFP – “Latin America should be alert after the Coup Attempt Ecuador experienced last week because similar situations could repeat in other parts of the Region” said José Miguel Insulza, Secretary General of the OAS (Organisation of American States) on Wednesday.

After the incidents of the Police uprising in Ecuador last Thursday, in a meeting the OAS had the same day, a resolution was approved to reject threats to Ecuador Presidency, and convened a meeting due on Wednesday morning to give a complete report to the Extraordinary Council of the OAS.

Insulza warned that “In our continent, there’s still people who, despite of being a minority, are willing to act and take advantage of any situation to cause destabilization” and added that “once again, they tried to overthrow the President. If we’re not careful enough, this might happen again”. Insulza said that the “dialogue and civic friendship” was neccesary in the region in order to deepen the effort to counterattack the possible new attempts to unstabilize the region. The Secretary General emphasized that what happened in Ecuador last week was a coup attempt, and because of the support the Government has, it could not happen. “Democracy in Ecuador is very solid. It has resisted a very important attack. The country has definitely been damaged by what happened, but it has the leadership it takes to succeed” said Insulza.

Insulza said the ones responsible should be punished, adding that the Police had “no justification” to rebel against the President. “Some people behind these acts wanted to destabilize the Government” affirmed Insulza, who also highlighted the tapes in which members of the Police supposedly planned to kill Rafael Correa during the rebellion. The Secretary added that the “strategy” that the rebels had was “to create a chaos situtation, and, at least, push the government to give in completely to their demands.” He also said the intention was not to dialogue with President Correa, and what the Police members wanted was to hurt him.

Insulza presented this inform to the OAS after his visit to Ecuador last Friday, where he met with the President, the Foreign Ministry and members of the National Assembly to discuss the facts occured in the nation.