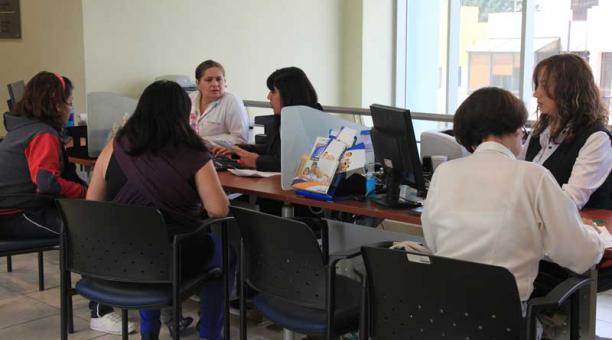 For the union of companies of prepaid medicine, the greater affectation of the 12% tax of the value-added tax (VAT) on private health and life insurance will fall on the holders of family plans, since most of these plans exceed the USD 150 per month.

The imposition of this tax is part of the economic reform of an urgent nature, which the Executive is expected to present to the National Assembly this week. According to the Minister of Finance, María Elsa Viteri, the collection of the tax would only affect insurance whose premiums exceed USD 150 per month. 27.6% of the beneficiaries of these types of insurance correspond to heads of households, therefore, owners.

The other 72.4% is distributed among spouses, children and other relatives, that is, dependents, according to data from the National Institute of Statistics and Censuses (INEC). The data was collected in an analysis of the risks associated with VAT collection in private health and life insurance.

A family health plan, with coverage for the holder, his spouse and two children, can be between USD 200 and 250 per month, calculated Pablo Albuja, president of the Aeemip. “Many times families do not have social security protection and those children who are those who have just de-funded the health fund (from the Ecuadorian Social Security Institute) because they do not contribute.

This is going to become a more serious problem, “Albuja said. Another segment that, according to the businessmen, will be affected by the measure is that of the elderly, taking into account that their premiums tend to be more expensive due to the higher level of risk. Albuja recalled that from the age of 55 people are no longer in their full professional development, so taxing them with this additional tax is a “blow” for these clients, who “are making an effort to preserve their health in the period where it is most needed.”

Patricio Salas, president of the Ecuadorian Federation of Insurance Companies (Fedeseg), explained that the main consequence of this tax will be an increase in the cost of these services, affecting the personal, family and business economy that help their workers with this additional coverage.

However, there is still no clarity among the various unions about whether the measure will also affect corporate contracts or only individual contracts. “What we know unofficially is that the increase is general in people insurance, with an exception for corporate health, punishing the personal effort of families and entrepreneurs to have better access to health,” said Salas.

But what is noticed now is a contraction in the demand for insurance, which is very sensitive to price. “This will force to reduce consumption and, therefore, to depend on the State or family savings to face the risks,” says Salas.

According to INEC figures, only 31.7% of those affiliated with private insurance have an adequate job. On the other hand, 43% of the insured are among socioeconomic deciles 1 and 7, that is, they are low and medium income people.

The rest is divided between deciles 8, 9 and 10, where the highest-income citizens are located. When measuring the quality of medical care, 42.5% of the respondents rated the private system as very good. Social security had 21.6% and the public health system, 16.3%. The Treasury calculates that the VAT on health and life insurance will yield USD 23 million per year.

According to a draft of the bill to implement the measures of the economic plan, which had access to employers in the insurance sector, is also expected to apply an increase of 0.5 to 5% in the contribution of private insurance to Social Insurance Farmer of the IESS.

Salas pointed out that this can mean a cost for private insurance users of USD 72 million per year. For Albuja, the measure is illegal because this insurance does not even have a deficit. The National Assembly is currently debating a law reform to increase the pension of peasant retirees up to USD 100 per month.

The tax of 12% of VAT for health and life insurance is one of the proposed measures within the economic plan that is expected to be presented this week in the National Assembly. The tax will affect plans with monthly premiums above USD 150. (I)