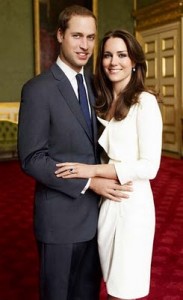 Preparations for the British wedding of the year are being arranged since last year. Although the list of invitees to the Prince William and Kate Middleton’s wedding is not ready and has not been published, it is known that Crown Prince Alexander of Serbia and Romania’s royal family are among the hundreds of attendees to the ceremony, which is going to be held at Westminster Abbey, located in London, on April 29th. Invitations will be sent in February.

On the other hand, the first home of the young royal couple is near RAF Valley, where the prince is designed as a rescue helicopter pilot. The house is valued at 7.5 million euros ($ 10’260.000 dollars) and has six bedrooms, five bathrooms, a large lounge, a big garden and private beach access.