MADRID, SPAIN – ‘El País’, the morning newspaper from Madrid, Spain, announced on sunday that Iranian authorities cancelled the residency permit of Ángeles Espinisa, correspondent of the newspaper in Tehran. 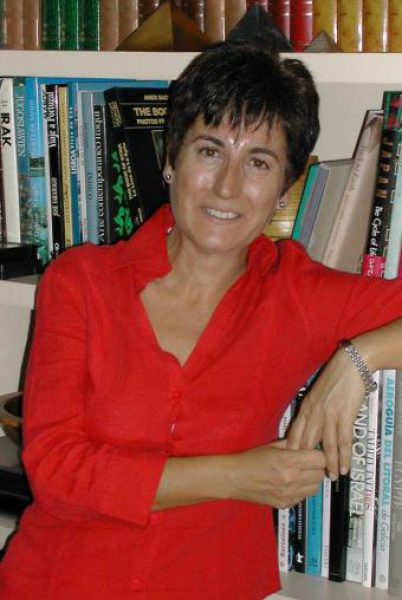 After authorities withdrew her press card on July, her passport was also taken away from her, even when the Foreign Press Office had indicated she could have her press card back after her vacation. According to El País, foreigners need a permit to leave the country and Espinosa did not get to have her permission stamped, so she remained in a legal limbo. Espinosa was given back her passport on Sunday, but her residency permite had been cancelled and she received a stamp on it telling her she had until October 24th to leave the country.

According to the newspaper, Espinosa was working as a correspondent on Iran for 5 years. The journalist was detained in Qom back in July after she interviewed Ahmad Montazerí, son of the late reformist cleric Ayatollah Montazeri, who died last year. “Through third parties they let me know that the interview with Montazeri, who criticized the supreme leader, was the straw that broke the camel’s back; but they were already unhappy with her coverage of the June 2009 presidential elections and with an El Pais campaign in support of Sakineh Mohammadi-Ashtiani, a 43-year-old mother of two who was sentenced to death by stoning for adultery.” Espinosa explains. “The tolerance level has been considerably reduced since Mahmud Ahmadineyad became President” she adds.

According to reports of El País, Foreign Ministry Miguel Ángel Moratinos, called Iranian Ambassador in Spain during Monday morning to ask him to allow Espinosa stay in Iran. El País informed that Moratinos “is also planning to call his Iranian counterpart, Manoucher Mottaki, during the day to deal with the situation of the Spanish journalist.” Dámaso de Lario, Director of Foreign Communications of Spain, will have a meeting next week with Iranian Ambassador to try to find a solution.

On the other hand, the Federation of Association of Journalists of Spain (FAPA in Spanish), expressed today their most energic condemn to the decision of Iran, and qualified it as a “direct punishment to the work of this Spanish journalist, whose work complete fulfill the principles of objectivity, quality and ethical compromise of this profession”. According to EFE, the FAPE is pushing Iran to “check their immature attitude” when they pretend to punish Espinosa’s campaign in defense of a woman who was sentenced to death by stoning, and moved the International community. The Federation calls on the Spanish government to give a public demonstration against the “serious attack” to press freedom encouraged by this event.

According to EFE, 23 newspapers have been shut down, and thousands of web sites have been blocked in Iran. “With 27 journalists in jail, Irán is today one of the biggest enemies of press freedom in the world” says the Federation. It also expressed solidarity with the journalist and happiness for her commitment to human rights and defense of women.