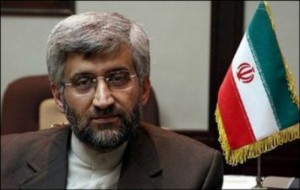 The nation of Iran is willing to discuss his nuclear policy, according to today’s notice in Brussels by the European Union (EU) member of Exterior Politics, Catherine Ashton. The British politician received this morning a letter from the negotiations chief, Said Yalili, “Yalili is willing to set a date and time after November 10.” Stated Ashton, who arranged a meeting for the second week of November with group 5+1, whose five permanent members belong to the Council of Security of the UN (China, France, United Kingdom, Russia and the United States) plus Germany.

“Early in the morning we were in contact with Iran to set a date and place for the meetings,” added Ashton.