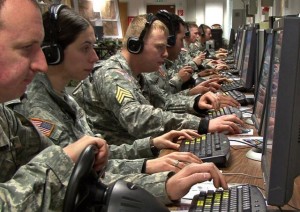 The United States intelligence services along with Israel developed a destructive computer worm that can sabotage the manufacture of nuclear weapons of Iran. The New York Times quoted military experts and intelligence members who assured the effectiveness of Stuxnet, the destructive worm that apparently shut down the fifth nuclear centrifuges of Iran in November, this helped to delay their ability to build their first nuclear weapons.

The informatic worm was tested in the Israeli complex Dimona in Neguev desert, which has an undeclared nuclear program. The creation of Stuxnet was a joint action between North America and Israel, with the support of Germany and Great Britain.

It is believed that the Stuxnet attacked Iranian computers; meanwhile Tehran accused the Jewish state and United States for the assassination of two nuclear scientists in November and January. The New York Times report occurred after Iran signed a treaty for an uranium program despite objections. This occurs few days prior when a congress between Tehran and six world powers  (United States, France, England, Russia, China, and Germany) is about to happen in order to discuss Iran’s nuclear program. The congress is scheduled January 21 and 22 at Istambul, Turkey.

IPhone and IPad Would Not Have “Home” button