According to an announcement made by the President of the Israeli Parliament Yuli Edelstein, on next June 10th the Knesset will choose a successor to President Shimon Peres, who will leave office at the end of July, at age 90.

Edelstein said that candidates must submit their application in writing, signed by at least ten deputies, on May 27, two weeks before the voting.

Israel holds the position of president as an honorary office mostly, and is the prime minister who assumes the Executive power. 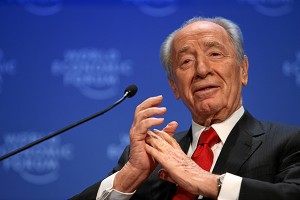