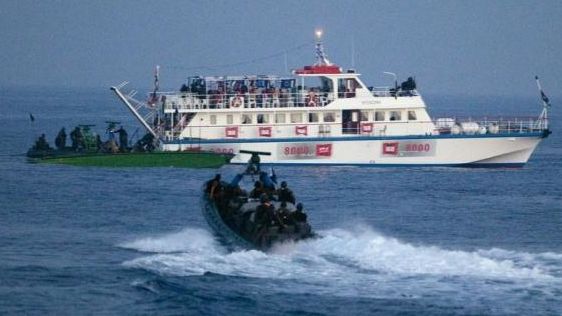 The International Criminal Court (ICC) will not prosecute Israel for the assault on a humanitarian fleet bound for Gaza in May 2010 that killed eleven Turkish citizens in international waters.

The chief prosecutor, Fatou Bensouda, in a statement said this Thursday that “after taking into consideration all relevant factors carefully, I have reached the conclusion that there is a reasonable basis to believe that war crimes were committed under the jurisdiction of ICC in one of the ships. ”

However, Bensouda concluded that “cases arising from an investigation of this event would not be serious enough for the court gives them follow up.”

The requirement of gravity is an explicit legal criteria established by the Rome Statute, the founding charter of the high court based in The Hague.

Eleven Turkish activists were killed when Israeli commandos raided at dawn the fleet of six ships led by the flagship ‘Mavi Marmara’ which aimed to break Israel’s maritime siege to the Gaza Strip to deliver humanitarian aid.