The Centralized Deposit for Compensation and Settlement of Private Securities (Decevale) dissociates itself from the mismanagement it had and declares itself as one more victim of the millionaire robbery faced by the Social Security Institute of the National Police (Isspol). Lawyers for the entity have asked the Florida Court (in the United States) for restitution of losses, originated by “criminal conduct” that Luis Álvarez had when he held the position of Operations Manager. 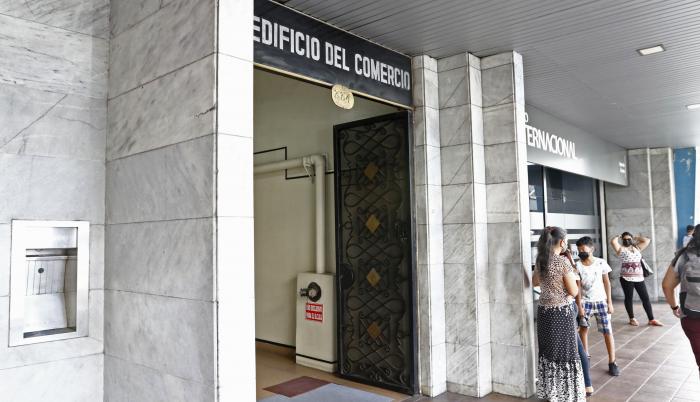 Its facilities are located in the Commerce Building, in the center of the city.

At the beginning of the year, Álvarez began to be charged in that country for participating in an alleged scheme to pay bribes and money laundering with money that came from the police fund. After a collaboration agreement signed with the North American justice system, Álvarez admitted having received from Jorge Chérrez, Ibcorp’s president, $ 3.1 million and an apartment in Miami, Florida, in exchange for pretending that the Decevale was guarding $ 693’411,150 in Isspol bonds and thereby make it easier for Chérrez companies to control said investment, resources that the police entity continues to demand to this day.

“As a result of the clear abuse of his position … to carry out his plan, the Decevale has suffered significant losses,” says the official letter sent by the law firm Waserstein and Núñez PLLC to the Southern District Court of Florida, where the cause not only against Álvarez, but against Chérrez and Jhon Luzuriaga, former director of Investments at Isspol. Therefore, it is cited in the request, this court must grant the Decevale a restitution that includes “at least twenty-five percent of the salary and benefits paid while Álvarez was involved in the fraudulent plan.”

In the official letter sent on December 10, it is detailed that from 2014 to 2020 (the period in which the operations against Isspol took place), Álvarez received $ 484,199.80 as salary. To these losses, it is noted, must be added the $ 380,000 that the entity has had to allocate as payment of fees to lawyers and the $ 167,200 of the fine imposed by the Superintendency of Companies, Securities and Insurance of Ecuador and that it had to face.

This newspaper tried to talk with Gonzalo Hidalgo, the new president of the Deposit, to have details of the matter and about other possible actions that are underway but asked to speak with the entity’s lawyer. Eduardo Carmigniani, who leads the defense, mentioned that they are still waiting for the judge to rule on this request, which not only seeks monetary compensation “but that the entity be recognized as a victim of Álvarez’s criminal acts.”

The Deposit today points to Álvarez as the most responsible. However, the Ecuadorian Prosecutor’s Office, within the 20 judicial processes that continues in the country to find those responsible for the robbery of the Isspol for $ 950 million (in addition to the bonds, the amount includes other operations), has opened several investigations in the that in addition to Álvarez and Chérrez, the actions of Rodolfo Kronfle, who was president of the Guayaquil Stock Exchange (BVG) and Decevale, are being investigated; Carlos Carbo Cox, its general manager; Oriana Rumbea, her former administrative manager; and Gonzalo Navarro, also a former director. They have avoided commenting on the issue.

“The thesis that we handle is that all these improper acts were engineered by a gang made up of Álvarez, Oriana Rumbea and Gustavo Navarro, behind the backs of Carbo and Kronfle. We are waiting to see what justice determines”, declared Carmigniani.

This request for restitution of losses would be one of the first requests to be referred to the North American courts. Isspol, the most affected, is still working on hiring a staff of lawyers to initiate actions that allow him to recover resources on American soil. Renato González, director of Isspol, mentioned that Decevale will have to prove to the United States justice if it is right or not.

“But it does seem absurd to us that they want to present themselves as victims, as they have tried to do with the investigations that are being followed locally.” According to the representative of the Police, the entity and its authorities at that time did not ensure control of the operations that were carried out on their behalf.