Ivonne Baki has occupied the Ecuadorian embassy in the United States since February 6. That day he presented his credentials to the president of that country, Donald Trump. She replaced Francisco Carrión as a diplomat. 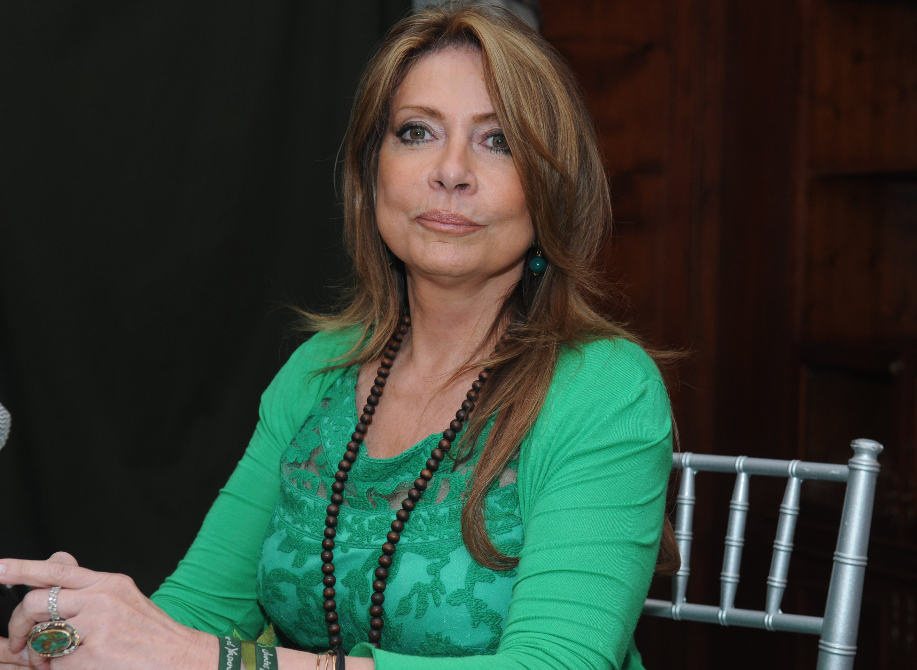 It is the second time in holding that position. From 1998 to 2002 she was the representative of Ecuador in the United States.
Among other positions, Baki, who was born in Guayaquil to Arab-Lebanese parents, was Ecuador’s consul in Beirut and Boston.

She was also Minister of Foreign Trade between 2003 and 2005, during the government of Lucio Gutiérrez.
She was an Andean parliamentarian, former presidential candidate, and in the government of Rafael Correa she was chief negotiator for the Yasuní-ITT Initiative.

Initially, the interview with the official, to discuss commercial issues and after the signing of the first phase agreement with the United States, was to be carried out by phone, but later it was done by email through the sending of questions.

If the administrations of Ecuador and the United States are going to change, why was a firm hired to lobby the United States for the trade agreement with that nation?
Arnold & Porter are people who know first-hand how decisions are made and who make decisions in instances where Ecuador has an interest in advancing objectives, be it in the political, economic, commercial, cooperation fields and many more.

What specific task is the lobbying firm performing?
Now that we are at such a high level in the bilateral relationship, it is time to count on more support to advance in the new objectives that we are setting ourselves. Arnold & Porter is helping us implement a strategy for a broader approach with Congress and with the new US administration. The most ambitious objective is to be able to start the negotiation of the second phase of the trade agreement.

What prospects are there that the new government and Congress in the United States are in favor of the agreement with Ecuador?
I am fully confident that the new administration and Congress will continue with the positive and constructive attitude that the current one has had with respect to Ecuador.

What are the main obstacles to reaching an agreement, in your opinion?
They are not in our business partner, but in ourselves. This is why now it has sought to make the processes more transparent and dialogue with all sectors to explain the advantages that a trade agreement can have.

According to some Ecuadorian authorities, the inconveniences to overcome would be Chevron, agricultural sensitivities, investments, arbitration. What do you think?
The Chevron case did represent an irritant in the bilateral relationship. In recent years, there has been a better willingness of the governments of both countries not to make this case a political issue and rather to let it be resolved in arbitration instances.
Trade negotiations also entail some flexibilities to be able to address these sensitivities, among which we have longer periods of elimination, use of tariff quotas and in some cases exclusions of certain products from tariff commitments.
With regard to investor-state arbitration, I am confident that a negotiation can find ways to accommodate the interests of both countries.

When you were part of the government of Lucio Gutiérrez, the talks were directed to the trade agreement. Under what framework would it be negotiated now?
Both parties (Republican and Democrat) have indicated that their model for new agreements will be the one they negotiated with Mexico and Canada (Usmca). Ecuador has indicated its willingness to negotiate an agreement based on the Usmca.

Is there a specific issue that will focus your attention in the final stretch of the present Government?
The main priorities will be to cement the relationship with the new US authorities in the Executive and Legislature, and advance in the achievement of Ecuador’s main objective in its policy in relation to the United States: to leave the way open for the negotiation of an expanded bilateral trade agreement. .

What balance would you make of your work?
The most relevant for the country were to obtain support for the renegotiation of the Ecuadorian debt and to obtain exceptional access from the Monetary Fund for $ 6.5 billion. It will be essential to continue with the support received from the United States International Development Finance Corporation (DFC), which has already generated credit lines for Ecuadorian banks for $ 350 million. It is evaluating expanding that support by an additional $ 1 billion. (I)