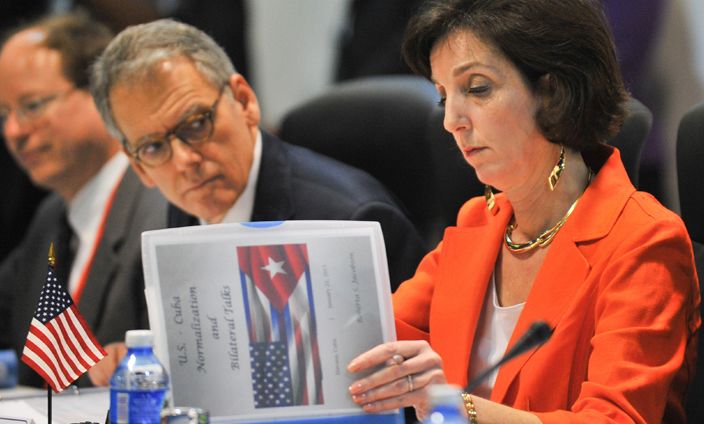 Cuba and the United States began its first meeting this Thursday to define the next steps in the process of normalization of diplomatic relations including the reopening of embassies in Washington and Havana.

These negotiations were led by the director for USA of the Ministry of Foreign Affairs of Cuba, Josefina Vidal; and Assistant Secretary of State for Latin America, Roberta Jacobson, most senior representative of the US government.

Jacobson said after the meeting to the media that dialogue “has been” positive and productive “, but warned that” the restoration of relations (diplomatic) and open embassies is only part of the broader process of normalizing relations “.

The US official stressed that the issue of human rights “remains essential” for the US government facing the normalization of its relations with Cuba.

Meanwhile, Vidal, agreed that the restoration of diplomatic relations between the two countries “will be a long process” and will require more contacts between the parties on dates which still to be determined.