Jaime Nebot: Nobody wants Correa to resign, but to rectify 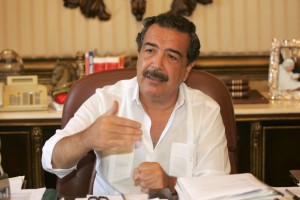 In an interview with CNN, the mayor of Guayaquil, Jaime Nebot, spoke about the bills of distribution of wealth in Ecuador.

Nebot said that the claim is not only inheritance, capital gains, safeguards that limit trade, paralyze economy and impair jobs. It is about seizing the teacher´s funds, loweting wages to government workers, putting limits to profits of workers.

Protests with black and tricolor flags in Quito