On Wednesday, the elected mayor of Guayaquil, Jaime Nebot, took up his fourth consecutive term in the municipality of the city and noted that “a mayor is not simply an individual building works, is the interpreter of the feelings and thoughts of the people.”

During the meeting of the District Council, formed by 10 representatives of the PSC-Madera de Guerrero (MG) alliance and five of Alianza PAIS, Domenica Tabacchi was re-elected as Deputy Mayor, thus rejecting the ruling party proposal Zaida Loayza.

Nebot invited all representatives to work without distinction of color of their political organizations . “We do not intend to force anyone to board our train to progress. But we will never be passengers in the train to failure (…) Guayaquil need all of you (Alianza PAIS councilors). Guayaquil is not yellow or green. Guayaquil is blue and white.”

Also, the mayor reiterated that he will make everyone respect municipal powers. “We will defend the competence of the municipalities of the cities. We are democrats, we respect and we inspire respect (…) We have to assert the autonomy of cities, an autonomy that means freedom to decide, justice to decide.” He added that “we will continue defending dollarization, we will continue to defend being the first port of Guayaquil.” 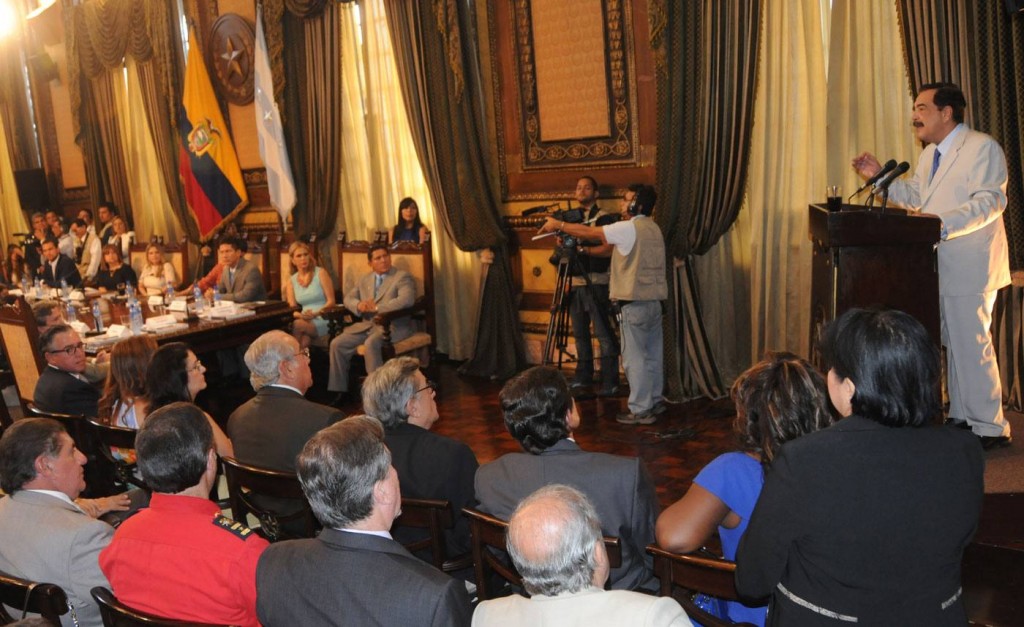 Jaime Nebot is now Mayor of Guayaquil for the fourth consecutive time.