Javier Bardem and Penelope Cruz assures not be antisemites 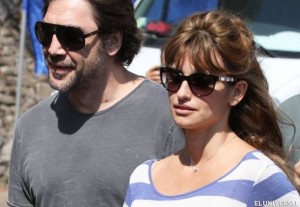 Javier Bardem has sent a note to the American newspaper USA Today in which specifies that have been misinterpreted the comments of his wife, Penelope Cruz, like yours, referring to the war in Gaza, and rejects accusations of antisemites who have run by the network.

“We are not antisemitis; have been misunderstood, “says the actor, known activist and leading figure in the struggle for human rights.

“I do not want to be misinterpreted in such a matter-important (states in its note). I am not an expert on this and am aware of the complexity of it. My only desire, and intention with which I signed the joint statement, is the hope that there will be peace in Israel and in Gaza, “Cruz said.