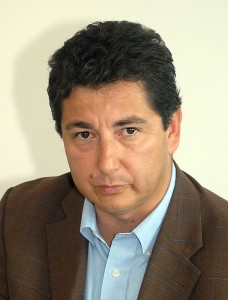 Fundacion Natura has many environment policies, and their main mission is to prevent and control contamination as well as the bio diversity this are the primary ideas of the organization. Javier Bustamante is the current National Executive Director of Fundacion Natura.

The initiative for environmental protection and restoration began with the National Park Galapagos; this was one of the first protected areas of Ecuador. Afterwards many Ecuadorians started a series of measures, among those was the creation Fundacion Natura in 1978. The organization will turn 33 years of existence this year. This movement is supported by young businessmen, former hunters, and fishermen who realized that the natural resources from our country will wane over time if they were not protected.

Afterwards similar organizations were created, like the recently created Ministry of Environment, which was created in October 4, 1996. Two years later the bill of environmental conduct was made in 1998, subsequently several rules have been modified for specific institutions and sectors. The city of Quito is a matter of concern since for more than 12 years it has been solving environmental problems generated by its growing population. The quality of air in the capital improved thanks to the support of the Swiss governments’ plan Quality of Air Project that has been active for the past decade. This has thoroughly reduced the toxic smokes produced by the vehicle engines due to the height of the city.

The work of Fundacion Natura has improved the water of nearby rivers, especially the Machanga River, and Mocas River, who were 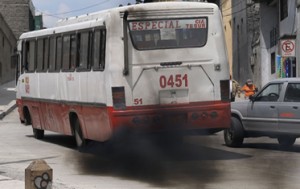 polluted by dark waters, but thanks to a monetary investment that allowed the purchase of several particle collectors on the sides of the river. In December 31, 2002, Quito was the last capital of Latin America that had a garbage disposal space. Currently this is one of the best sanitary disposal facilities since it treaties the toxic liquids created by the garbage accumulation. This action prevents any further serious degradation of the ecosystem in the capital.

In Quito there are several landscapes that are protected in a much more strict way. This means that for their protection several actions have been considered, like the diminishing of the vehicle use, this would mean better services from the public transportation. Recycling campaigns to motivate a social conscience about the hazards of contamination, and how it can affect the daily lives of everyone. The main policies are, prevention of contamination, conservation of the biodiversity, environment education and environmental policies. To fulfill these policies there are several programs and projects performed around the country.

Thanks to these policies several youth groups have banded together to perform actions that range from environmental education for schools to field work. These environmental leaders have developed their own policies and eventually they will be the new leaders for the future of Fundacion Natura.