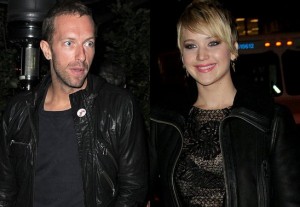 Coldplay frontman Chris Martin band, and actress Jennifer Lawrence has fueled rumors of few weeks ago that were dating, after being recently seen very close together at the Hotel Chateau Marmontm in West Hollywood.

The star of The Hunger Games, 24, and Martin, who is thirteen years older, not show at all shy in front of people showed who was present, according to a note posted on the site E! Online.

“They were very affectionate and sociable,” said a witness to the media site. On several occasions, Chris Martin stroked Lawrence’s back, while she repeatedly grabbed hand to the British artist.

At dinner, Lawrence crossed with actor Robert Pattinson, but they not saluted each other.