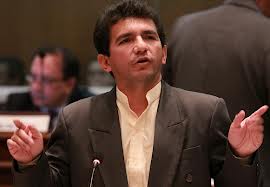 President Rafael Correa, in theory, should give two answers next week on interim measures of the Inter-American Commission on Human Rights (IACHR).

These actions are in favor of Cléver Jiménez, Fernando Villavicencio and Carlos Figueroa. All three were convicted of insulting the president.

Jimenez and Villavicencio were sentenced to 18 months in prison, while three Figueroa. In addition, the judge ordered to apologize publicly and pay
USD 140 000 as compensation to the President.

The Commission set a deadline of 15 days, which are counted from the day the decision was notified.

The pronouncement of the attorneys  is given after the legal secretary of the Presidency, Alexis Mera, ensured  in an interview in Gamatv Broadcasting Station that he was willing to intercede with Correa if public apologies were offered.

He reiterated that the Commission has no power to issue interim measures, because it is not an allocation record in the American Convention on Human Rights. “I regret that he has been expressed on the subject (Alexis Mera), because this is  a personal issue “