John Paul II To Be Beatified 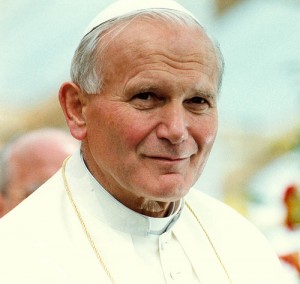 Karol Wojtyla will be elevated to the glory of the altars after Pope Benedict XVI, his successor to the throne of Peter, promulgated a decree today recognizing a miracle through his intercession.

In a statement, Benedict said that a Vatican appointed committee of cardinals, bishops, doctors and theologians had determined that the recovery of Sister Marie Pierre Simon from Parkinson’s was “miraculous” and “scientifically inexplicable.”

The nun, who continuously prayed the Pope, was cured from the disease several months after the death of John Paul II.

Although there are listed 251 alleged miracles through the intercession of Wojtyla, the proponent of the cause, the Polish priest Slawomir Oder, chose the healing of the French nun.

The announcement was greeted with great joy in the Catholic world, where he is still alive through the cry of “Santo Súbito” (already saint) that thousands of people chanted in April 2, 2005.

To allow a greater influx of the faithful, the mortal remains of Pope John Paul II will betransferred days before the beatification from the Vatican Grottoes (crypt of the Basilicaof San Pedro), where he is buried, to a chapel in the Vatican church.