Jorge Glas’ future will be defined this week

Jorge Glas’ future will be defined this week.

Today the trial and trial preparatory hearing will be installed for the Singue case, in which they are investigated by Peculado Glas, ex-minister Carlos Pareja Yannuzzelli and Wilson Pastor, and twelve others. Prosecutor will announce whether or not he accuses those involved. 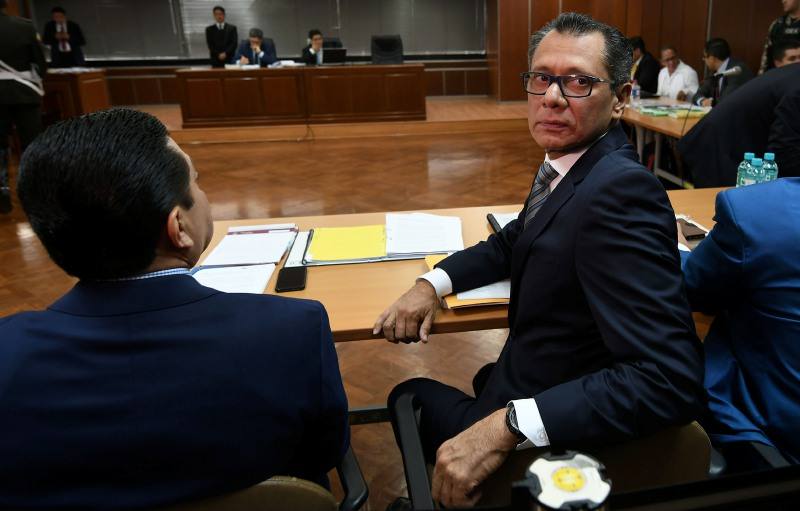 Jorge Glas’ future will be defined this week

This process investigates an illicit incident in 2012 when the Ministry of Hydrocarbons and the Dygoil Consultora y Servicios Petroleros consortium and the company Gente Oil Development LLC (DCG) signed a contract for the exploration and exploitation of crude oil in the Singue block.

If called to trial, this would be the second time that the former vice president comes to this stage due to a corruption case. Glas is also investigated in the 2012-2016 Bribes case, in which Attorney General Diana Salazar announced the closure of the tax investigation.

21 months after Glas, her uncle Ricardo Rivera and three other people were sentenced within the corruption scheme that the construction company implemented to obtain contracts, next Thursday the cassation hearing will be held, a phase that would leave the final sentence .

In February 2019, the Prosecutor’s Office informed that there were five prior investigations against Glas in cases such as Petrochina, Petrotailand, Pacific Refinery, for a crime of bribery and Singue. This newspaper requested updated figures but did not receive an answer.

Who does have that information clear is the lawyer of former official Harrison Salcedo. He explained that against his client there are 24 investigations for facts that revolve around crimes against public administration: peculation, bribery, illegal association …

At least 4 of the 24 cases, he said, would have to do with alleged cases derived from reports from the Comptroller.

“Processes have been initiated in some cases with foundation and others without foundation. In some in which simply by the popular opinion they have been generated two and three times on the same, even, without prosecution making a collection of them, ”said Glas’s lawyer.

Although Salcedo insisted that cassation is a resource to deal with technical issues, he is not optimistic.

The lawyer believes that national judges are going to “continue with the same policy of helping the Prosecutor’s Office maintain cases” which, in his opinion, have neither feet nor head. Especially because they are being evaluated.

He also believes that a “criminal populism” has been generated from which citizens want guilty sentences no matter how.