Not only was there corruption, there was also irresponsibility in the care of the assets of all Ecuadorians. During the almost five years of the management of Jorge Glas as Vice President, there was evidence of loss of furniture, theft, unnecessary expenses, missing documents and carelessness in the hiring of insurance.

Not even a regulation was drafted that sets out how to supervise the movable assets of the Vice Presidency. Since 2014, a control manual had to be available but, during the management of the now sentenced by illicit association, Jorge Glas, no studies were made for the drafting and approval of the text. 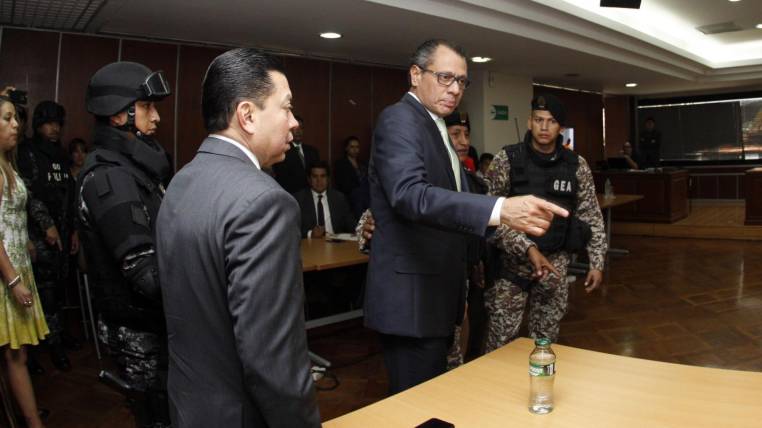 Without official regulations, it was easy for officials to take away long-term assets from the Vice Presidency. Above all, because during the management of Glas the items that were state-owned were not insured. Cameras and lenses disappeared from the offices of the public entity without being able to replace them because they were never insured.

There were also no physical findings. Although it is an obligation of the entire public sector, the Vice Presidency did not carry out inspections in its warehouses to verify that its purchases were used.

The lack of supervision, which should be permanent, caused goods located in warehouses in southern Quito to be destroyed and obsolete. Desks, computers and other office supplies deteriorated because the Beaterio’s warehouse was not visited or repaired. This place was transferred by the Ministry of Health to the Vice Presidency without official documents. In the absence of certificates, no one made repairs in the warehouse although long-term assets were accumulated.

From 2014 to 2018, the Vice Presidency of the Republic had balances of assets that together added up to 9.9 million dollars.

The series of anomalies were detected by the Comptroller General of the State. In its report DNAI-AI-0335-2019, published this week, the control body also shows that technological equipment disappeared in the sight and patience of the authorities. In total, 320 goods – including computers and spare parts – were not found, during 2016. In that year, Glas focused its activities on promoting its potential candidacy for the Presidency of the Republic. Finally, the leader of the PAIS Alliance movement, Rafael Correa, decided that he repeat the position of vice president and that Lenín Moreno go after the presidency. The binomial was the winner at the beginning of 2017.

The Comptroller’s Office did not detect a justification for the loss of items that could be reused or sold for scrapping.

Pedro Pablo Duart is the governor of Guayas