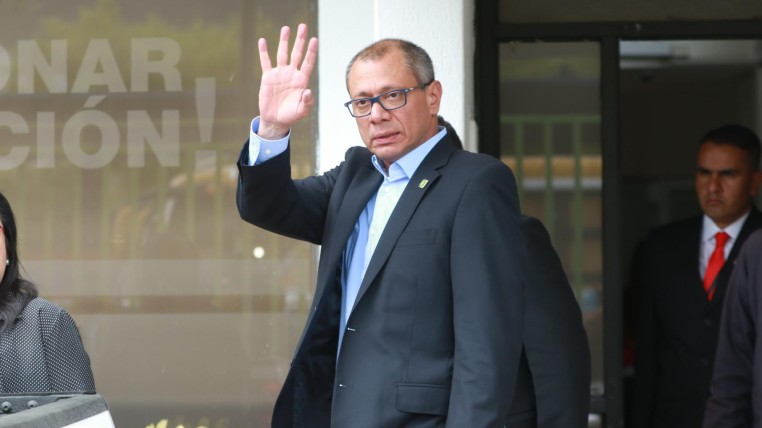 Vice President Jorge Glas arrived at the Prosecutor´s Office to give his unsworn version. His appearance will be for two cases: the previous investigation by Singue – an oil contract that was part of negotiations – and the preliminary inquiry in the Odebrecht case for an alleged illicit association.
The file was opened on June 3 against Ricardo Rivera, uncle Glas, and other people involved in the case.

Glas, whom President Lenin Moreno removed from office on August 3, arrived at 08:15. The version will be witnessed by prosecutor Diana Salazar. The name of the vice president was previously mentioned in the versions of at least two people. The alleged payment of bribes by Odebrecht was denounced by the United States Department of Justice in December 2016. (I)