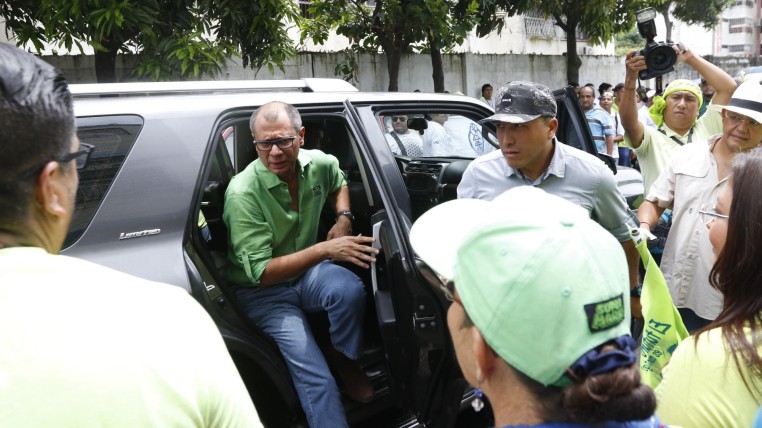 Cornered by allegations of corruption, the vice president and current candidate for the same office Jorge Glas (PAIS) overlooks the campaign.
The number two of the ruling party yesterday stepped on Guayaquil to consolidate a progressive strategy to recover his public presence, which began immediately after the binomial did not get the victory in the first round of elections.

The contrast is evident. Glas, whose face is stamped on the same ballot next to Lenin Moreno, barely posed behind the presidential candidate on February 19. Nor he was on the stage of the anticipated green flex celebration or, days before, in the closing of the campaign. His notorious absence crawled throughout the campaign when he only appeared in the guarded van that avoided the popular contact or in the press conferences without the option to questions to avoid the discomfort.

The strategy has changed. The “most audited” vice-president of history, as he says of himself, has returned to the streets, and the active campaign and the media after almost five years.
In the large file of the Audit Commission of the National Assembly rests a request for appearance of the number two, since last December. But just after the carnival, Glas went further. And he requested the Attorney General´s office an investigation. Although Attorney General Galo Chiriboga said yesterday that the vice president has “other ways” for the complaint he filed, which is private, the visit was worth a photo and a message: for the first time he faced the issue he evaded during the first round: corruption.

The origin of the universe will be discussed in Galapagos