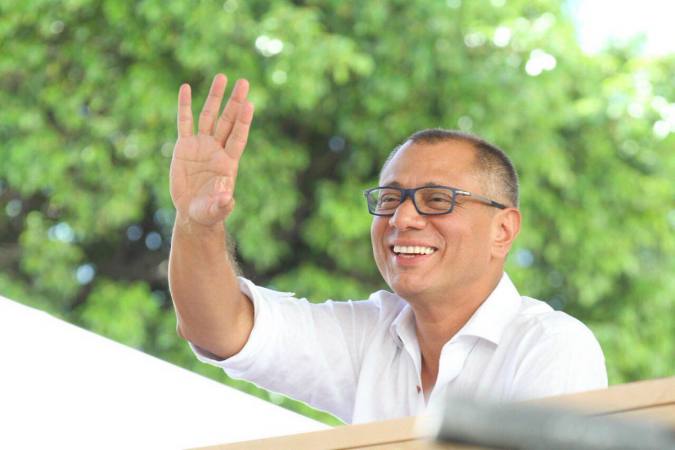 Vice President Jorge Glas said yesterday in a radio interview that Marcelo Odebrecht – who is sentenced in Brazil to 19 years in prison – threatened him some time ago when demanding the integral repair of the San Francisco hydroelectric plant.

“Marcelo Odebrecht came in person to meet me, he made a perverse insinuation that we are using that pretext as part of a political strategy to gain popularity among the Ecuadorian people. I kicked him out of my office while saying: get out of here and do not return until I respond to my people on this hydroelectric, and I do not accept your comments. And this man threatened me: ‘You’ll see, you will not always be in that position,’ and I practically pulled him off,” Glas said during an interview on the Ecuadorian radio station Ecuadoraadio.

Regarding his uncle Ricardo R. – accused of illegal association and for receiving bribes from the Brazilian firm – the vice president said that he does not see him regularly, but by the end of the year, they “rarely” spoke, being the last he did so after he was assaulted during the first-runoff campaign. He remembered that he worked for his uncle in TV Satelital (I).