Jorge Glas, summoned to present his evidence in impeachment 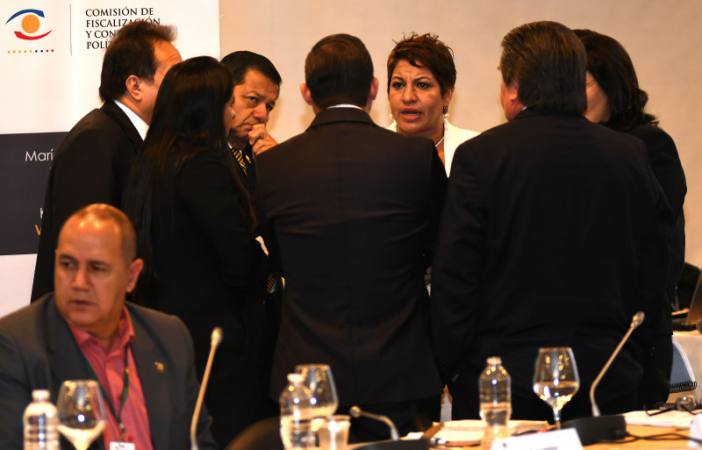 Four and a half hours took the Commission of Examination to know the request for impeachment against Jorge Glas, arrange to notify the parties to present the evidence of charge and defense, and approve a motion for the prosecutor to appear Carlos Baca Mancheno.

By order of the president of the Commission, María José Carrión (AP), the interlocutors who decide to intervene with the presentation of the evidence of charge for this Friday afternoon were summoned.

A total of 63 assembly members signed the request for trial and, days ago, Carrión said that the word would be given to those who request it, not just the author Roberto Gómez (CREO).

Meanwhile, Glas was called for this Sunday, at 10:00, to present the evidence of discharge. “Notify the vice president so he can take the different steps and be able to be here,” Carrión told the Secretariat of the Commission. With the vote of eight of ten assembly members, the motion of Homero Castanier (CREO) was also approved to call for the appearance of the prosecutor Baca. This, after Carrión clarified that, in a political trial against a president or vice president of the Republic, no requests for evidence ex officio to authorities such as the prosecutor (forty-two requests from applicants). In addition, Silvia Salgado (AP) noted that the process is “summary” and the times do not allow for requests for information that can be answered up to fifteen days, when the presentation of evidence must be done in five days.

The Assembly continued with the process of trial against Glas in the midst of uncertainty of what the Executive will do with respect to sending or not a shortlist to replace the Vice President for definitive fault and a contrast of criteria on whether the prosecution fits in the case that Glas ceases to be vice president. Daniel Mendoza, of the morenista faction of AP, pointed out that article 129 allows the trial against the vice president only if he is in office and for that reason considers that the Assembly is not guaranteed to make a notification under the assumption that Glas already on the day of today he is not vice president, taking into account the definitive lack. Henry Cucalón (PSC), who asked to intervene with exculpatory evidence, said that the impeachment must continue and the Assembly must be pronounced regardless of whether Glas leaves office or not, since the process began earlier.

Castanier described the trial as “extemporaneous” and Salgado maintained that there is no need to anticipate with suppositions, because ten days the Commission needs to issue a report.

“The process (of impeachment) is extemporaneous; today (yesterday), without any type of verification, the temporary absence of Jorge Glas becomes a definitive absence”. Daniel Mendoza, AP Assemblyman

“The impeachment must continue, but Jorge Glas should not continue in office. This is a matter of political censorship, it would be disastrous for the Assembly to do nothing”. Henry Cucalón, Assemblyman PSC. (I)