José Serrano: “The state will not solve the drug problem with repression” 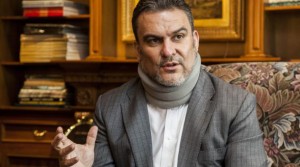 In an interview with the daily El Comercio, Jose Serrano, Minister of the Interior, spoke about the state’s efforts against microtrafficking. This phenomenon sparked a movement at all levels: the table Consep endorsed a new drug chart, so a person who carries low amounts of alkaloids may be judged as a microtrafficker. The legislature approved the Drugs Act and tightened sanctions for retailers. The National Court accumulated drugs penalties.

What’s going on? Did microtrafficking overflowed?

I think we have to contextualize this issue. It is not an isolated crime, it did not appear in the last days in the country and entered immediately into society. It is a global problem, which has been managed only from coercion and repression and not from prevention. So the fight against drugs has failed globally.

Is a step that states and societies must give in a moment. But at the moment Ecuador is not doing it, that´s a fact. We must strengthen the state’s ability to respond with education, health and prevention. Microtrafficking worldwide is fast becoming the real enemy of the states and democracies. Our sovereignty is no longer at risk at land borders, but it is at risk in the borders of the neighborhoods.

When will that be implemented?

We have quite advanced. We come from a state that has worried about the drug not to be carried to other countries. 85% of anti-drug agents were focused on drug trafficking and now it is the opposite: 85% is focused on micro-trafficking.