“What is clear today is that in three weeks, Colombians will have two options: They can choose between us who want to end the war and those who prefer an endless war and we will win with the peace,” said Colombian President Juan Manuel Santos, who on next June 15 will have a runoff with his opponent Oscar Zuluaga, who has gathered more popular support.

In the middle of his speech before a crowd of followers, Santos congratulated Zuluaga “for his success,” and also asked the three other candidates who did not reach the second round to join him around peace.

“Marta Lucia Ramirez, Clara Lopez and Enrique Peñalosa along with your followers, I call upon you to join me in this crusade for peace (…) I call on all Colombians to the unity we need, the unity for peace,” added the president. 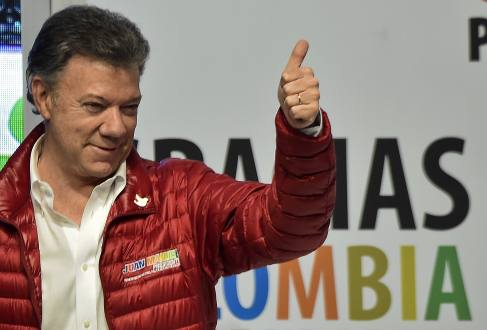