Juan Martin del Potro was Kicked out of The Miami Masters 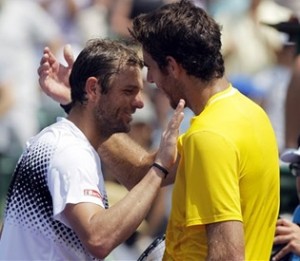 Mardy Fish, the North American tennis player ended with the aspirations of the Argentinean player, Juan Martin del Potro, who almost reached the fourth of finals in the Miami tournament. Del Potro was a semifinalist in the Miami Masters of 2009, but he lost five opportunities that eliminated him from the tournament.

Meanwhile Mardy Fish is on the fourth finals for the first time in Miami, now he has to face David Ferrer, one of the favorites who defeated Marcel Granollers in a duel between Spaniards.

Ferrer took an hour to defeat an adversary that he had defeated on two occasions lat year. Fish will be facing his seventh match with the Spaniard and they have not played against each other since 2007.

Charlie Sheen and Two and a Half Men

Increased Radiation levels in the Sea are Discovered