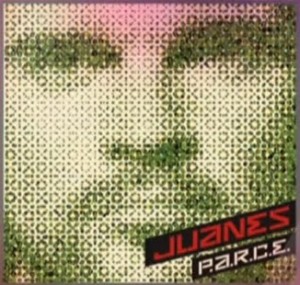 Colombian singer Juanes presented his new album P.A.R.C.E. –Peace, Love, Respect, Commitment and Hope— onTuesday night. The artist gave a private concert for 1,000 of fans and the press in the same place where he presented in previous years, “Mi sangre” and “La vida es un ratico…” at the Irving Plaza, a small music venue in Manhattan where legends like Sting, U2 and Prince have performed their songs.

PA.R.C.E. is the fifth studio album by Juanes and it was recorded in London, Miami, and Colombia. Production took two years. Juan Esteban Aristazabal (real name) has sold over 15 million copies over his 10-year musical career and has won 17 times at the Grammy Awards.

The first single from the new album, “yerbatero”, is already in the top position in the Billboard Latin songs list, while “Y no regresas,” the second promotional single of the album, is now playing on the radio. “Thanks for joining me tonight. When I close my eyes and open them to sing, you are there,” said the singer while he was on stage.

After spending Christmas with his family in Colombia, Juanes will prepare for P.A.R.C.E. promotional tour in January, the first concert will be held on March 10th in Seattle.