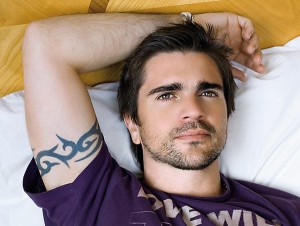 This March 11th will be the official launch of the new Juanes´s material called called “Loco de Amor”, which comes after the release of his latest MTV Unplugged album, recorded live in 2012.

This is the sixth album of the Colombian singer-songwriter, whose production is in charge of Steve Lillywhite, who has worked with artists such as U2, The Rolling Stones and The Killers.

The launch day, Juanes will perform at The Jimmy Fallon´s “Tonight Show”, and on March 12th, he      will offer a live concert for the whole Latin America, which will be available at the Terra.com web portal.

Aoki delighted the audience all night