Jacobo , Michel and Dalo Bucaram Pulley , sons of former Ecuadorian President Abdalá Bucaram Ortiz , became fugitives from Justice. Judge Gianella Noritzs issued a preventive detention against her  , after criminally prosecuting them for the alleged crime of illicit association for the irregular sale of hospital supplies to the State. The resolution was known the morning of this Friday, July 31, 2020, in Guayaquil. 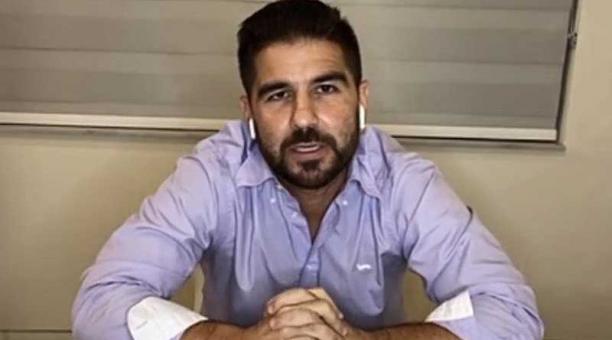 Based on elements presented by the Prosecutor’s Office , at a hearing to formulate charges, the Judge ordered the same precautionary measure against Noé and Daniel Salcedo and 6 other people out of the 15 investigated for this criminal figure, punished with penalties of three to five years in prison, according to the Organic Comprehensive Criminal Code ( COIP ).

Judge Noritzs also ordered the prohibition of alienating assets , transferring shares and releasing policies, as well as the blocking of accounts of those accused in the national financial system.

The charge formulation hearing began on the morning of Thursday, July 30 at the Albán Borja Judicial Unit in Guayaquil. Dalo’s lawyers, Michel and Jacobo Bucaram attended the judicial appointment. The Prosecutor’s Office established the responsibilities of each one. With this process, the children of Abdalá Bucaram added three investigations to the Ecuadorian Prosecutor’s Office. The other two are addressed to former President Abdalá Bucaram . Two accusations weigh on him for the alleged crimes of arms trafficking and trafficking of heritage assets .

In the latter case, the Prosecutor’s Office has indicated that the former president illegally had archaeological pieces in his home.

This newspaper learned that these are 19 sculptures. All were subjected to a technical examination carried out by regional 5 of the Institute of Cultural Heritage ( INPC ) of Guayaquil.

Joaquín Moscoso, director of the entity, confirmed to EL COMERCIO that three of the archaeological pieces are original and that they belong to the Bahía culture , between the period of 100 to 900 years AD, and to the late Chimú culture of the current North Coast. Peru.

“At the moment we cannot give more information because we are expert technicians of the criminal investigation,” said Moscoso.

The official added that Bucaram is not registered as custodian of any of these heritage assets, a requirement established in the Organic Law of Culture.

Furthermore, according to the authority of the INCP the real cultural heritage will belong to the state and no person or institution can claim to ownership.

In this case, the Prosecutor’s Office will file charges against the former president and his son Jacobo in the coming days.

In the last hours it was learned that other entities, part of the Prosecutor’s Office, have begun to search for information related to Dalo Bucaram’s business .

The Non-Amateur Football Association of Pichincha (AFNA) asked LigaPro for a report on the team’s Board of Directors on October 9 . The request for information comes after it became known that Dalo Bucaram is the president of the club.

AFNA wants to know more about the team’s budget and if there are possible financial anomalies.

In an interview with Redonda radio, Dalo Bucaram, who is currently with his family in the US, reacted to that request and expressed his discontent.