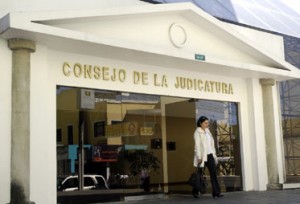 The renewal of one third of the judges of the National Court of Justice (CNJ for its Spanish acronym) will go through two processes. In the first part, the priority will be given to the selection of seven new judges to replace the outgoing judges, and in the other part the management of 21 judges will be evaluated according to the President of the Judicial Council (CJ for its Spanish acronym), Gustavo Jalkh.

The CJ will open the tender that the Constitution requires for the designation of the seven judges. The 21 national judges will be then evaluated to identify the seven that will leave the Court.

One of these charges is vacant by the removal of national former judge Jose Suing ordered by the Judiciary in December 2013.

Water concessions will be under review