Judicial, Electoral, and Transparency functions submitted their accountability to the Assembly 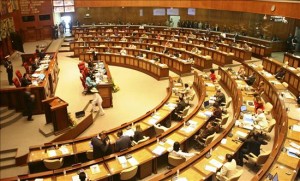 The plenary session of the National Assembly heard yesterday the accountability of the three functions of the state and various institutions that submitted the balance of their work over the past year.

Jalkh highlighted the election of judicial officials through competitions and processes of merit and opposition, which he said strengthen the judicial independence.

On the other hand, Mansour, former President of the Transparency and Social Control, highlighted the Public Records bill, which is expected to be submitted in the coming days to the Assembly.

Government will provide free kitchens for beneficiaries of the bonus