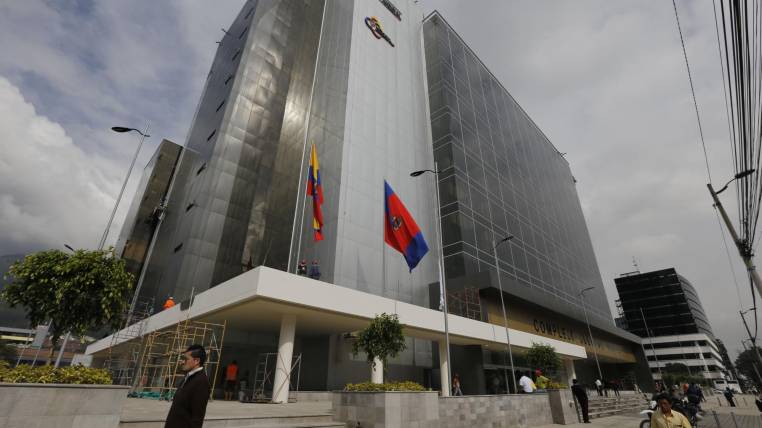 That the acts of corruption in his government were isolated, the former president of the Republic, Rafael Correa, repeated several times. In practice, suspicions of irregularities dot their upper echelons. And more and more are indicated. The Public Prosecutor’s Office and the Comptroller’s Office have paraded officials and former officials of the Correismo to give versions in investigations.

Correa himself was included in them. Jorge Glas, former vice president, has a sentence for illicit association. Ministers, secretaries and the holders of other state institutions complete the payroll. The bribery schemes of Odebrecht and Petroecuador have dragged most of them.

But, with the passage of the months, also possible crimes of embezzlement, procedural fraud, influence peddling, illicit enrichment or perjury have been added. Before returning to Belgium, Correa already rendered a version without oath in the investigation for the advance sale of oil to China and for the statements he made about the attackers in San Lorenzo, Esmeraldas.

It was also included by the Comptroller’s Office in the audit on the hiring and use of public debt. He will have to ‘go back’ to court on February 27, at 09:00. The former president is one of the witnesses cited along with ex-prosecutor Galo Chiriboga and Pichincha’s prefect Gustavo Baroja in the case of open money laundering against one of his ministers: Alecksey Mosquera.

The ex member of de Electricidad has been detained since the previous year accused of receiving a million dollars in bribes. Last year, Correa defended him by ensuring that the money was the product of an “agreement between private parties”.

The strong men of the correísmo, the brothers Vinicio and Fernando Alvarado, ex-secretaries of the Administration, of Communication and ex ministers of Tourism, are investigated in the Office of the Attorney for unusual economic transactions: them, their relatives and their companies moved millionaire sums of money in the last decade. They were called to the Prosecutor’s Office today.

Until the closing of this edition, Fernando Alvarado had not confirmed his presence, as he requested the deferral of the version. He could also face an investigation for the irregularities detected by the Comptroller in two contracts associated with Citizen Links. As EXPRESO published last week, the report with indications of criminal liability has already been sent to the Prosecutor’s Office.

The last one to join the group of investigated is Gustavo Jalkh, president of the Council of the Judiciary. The Office of the Prosecutor placed his magnifying glass on him through the process of an urgent act for a presumed crime of influence peddling. Although the Judiciary and the Prosecutor’s Office clarified, through press releases, that there is no prior investigation but an administrative action, in the fiscal impulse it is necessary to gather information to determine whether or not the file should be opened.

In this way the name of the head of the Judicial Branch becomes part of the list of the Prosecutor’s Office. He was also the private secretary of Rafael Correa and his government minister.

The Office of the Prosecutor investigates itself

A group of policemen sentenced for the police revolt of September 30, 2010 asked the deputy prosecutor and Pichincha Thania Moreno to investigate the prosecutor Carlos Baca for alleged procedural fraud.

The request is based on the statements of former Comptroller Carlos Pólit that mentioned a possible edition of the videos that served as evidence against the uniformed. It would be the second investigation against Baca.

Moreno himself investigates him for possible embezzlement. The suspicion is that the prosecutor received fee payments with reserved expenses from the Senain. Baca denied the accusation.

The correísta decade also gives more work to the Comptroller. Fernando Alvarado, former Secretary of Communication, is the last appointed for possible irregularities: two contracts of the citizen links were sent to the Office of the Prosecutor. Before him, two former finance ministers, Patricio Rivera and Fausto Herrera, were glossed with $ 71 million for irregularities in the payment to the IESS.

In the same case, Marcela Aguiñaga is waiting for the resolution of her case due to the gloss of 41 million for the Samanes park.

Carlos Ochoa, of the Supercom, on the other hand, has a resolution of dismissal against him. (I)