Judiciary prepares evidence for the transitory Cpccs and legislative 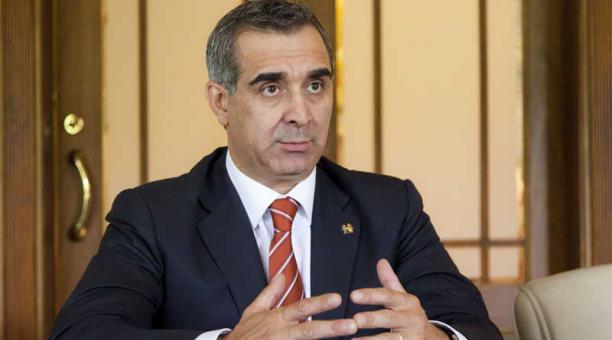 The members of the Judicial Council must disprove several accusations to continue in their positions. In the Council of Citizen Participation and Social Control (Cpccs) transitory received 704 complaints against him. And in the Assembly, the record of the impeachment that points them out, at the time, has 13,000 pages.

But the document could grow with what the called ones declare. Both the evaluation of the Transitory and the trial of the Legislative can conclude at the end of their periods. And in both processes, the main complaints were made by Assemblyman Esteban Bernal (Creo) and lawyer Hernán Ulloa.

Bernal has in his hands an alleged Comptroller’s report, whose copy was appended to both processes. On pages 44 and 47 of the report states that the Council appointed as fiscal agents candidates who had lower scores in the contest, said the legislator.

Gustavo Jalkh, president of the Judicial council, described on Tuesday, May 22, 2018 as false evidence presented by Bernal. He assured that nowhere in the Comptroller’s report does it say that the contests have been rigged.

“It is true that some politicians want to make themselves known, but they cannot do so by showing false documentation,” he said in a TV interview.

Ulloa, on the other hand, focuses his accusations on a supposed dependence of justice on political power, during the last government. He is the legal representative of 380 ex-judges dismissed with the application of the figure of inexcusable error.

He assures that if the magistrates tried to rule against the Government, or their interests, they were dismissed alleging a mistake in the judgment or opinion. He also appeared before the Cpccs to tell his members about these cases.

In addition, the judges delivered individual complaints against the judicial council. Jalkh believes that the Transitory has been carried away by “these falsehoods.” But that must show today with the evidence of discharge.

At 08:05 the term -four days- that the Participation Council established for the Judicial Council to respond to the evaluation report ends.

The five members received 143 pages and 14 digital files with 3 436 documents. The evaluation team analyzed the citizen complaints and the management reports presented by the officials with the evaluation parameters approved by the Cpccs Plenary.

These are: legitimacy of the position, fulfillment of functions, due management of public resources, transparency and citizen evaluation. These issues, in turn, are divided into 21 indicators and these into 50 subcategories.

With the evidence, the Plenary of the Transitory will summon a hearing – in a term of 10 days- so that the members of the Judicial Council argue them; each one will have 30 minutes. The directors will have five more days to decide if the officials are dismissed. And them, three more days to challenge that resolution, before it becomes effective. In the Assembly, on the other hand, the five members of the Judiciary will have to present their discharges on Wednesday, May 30. But in this process, unlike the evaluation of the Transitory Council, the four alternate councilors are included. (I)