Julian Assange became ecuadorian after a confinement of 2,002 days 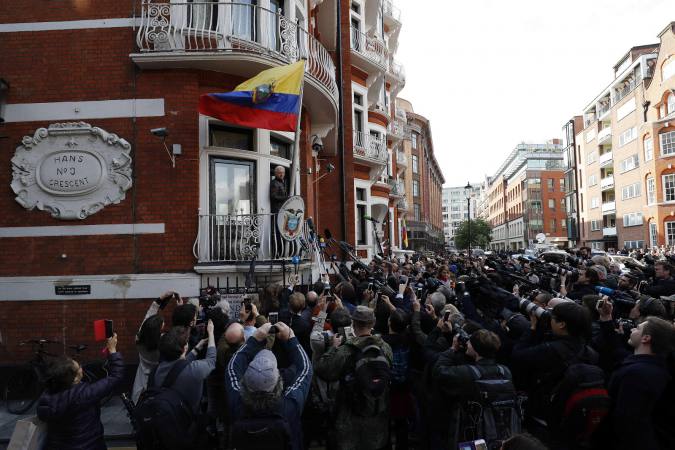 Julian Assange, to which Ecuador has just offered citizenship, went from a small computer hacker to a whip from Washington or Madrid, earning him fame as a libertarian hero or a villain in the service of Moscow, according to different perspectives.

The room in which Julian Assange has spent more than five years is divided into an office and a living room, with an exercise tape, a shower, a microwave oven and an artificial sunlight lamp. There he shared a few years ago with a cat that his children gave him to whom he created a Twitter account called Embassy Cat.

After being locked up in the Ecuadorian embassy in London escaping an extradition to Sweden, Quito announced that he had been granted nationality. The idea was to give him a diplomatic passport and the resulting immunity, but London has already warned that he will not recognize that rank. Originally Australian, his imprisonment in the building of the legation in the district of Knightsbridge made his star and protagonism were extinguished, until his intervention in the US elections of November 2016 and in the Catalan independence process of October 2017.

In both cases, the Ecuadorian government had to remind him that he could not meddle in third-party matters, but, before, his Wikileaks organization perhaps changed the sign of the US elections by publishing thousands of secret messages from the campaign of the US Democratic candidate, Hillary. Clinton. In the Catalan case, he sided with the separatists and against the central government of Mariano Rajoy, echoing, for example, images of the police response to the independence referendum on October 1. 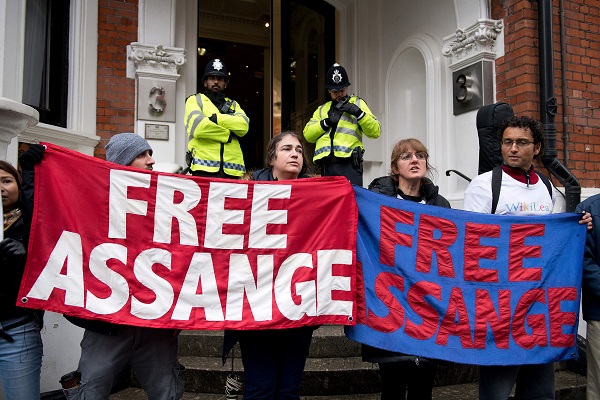 The Clinton campaign accused Wikileaks of spreading “Russian propaganda“, but Assange denied being in Moscow’s service: “WikiLeaks has published more than 800,000 documents related to Russia or (its president Vladimir) Putin, and most are critical,” he defended himself WikiLeaks, created shortly before as a non-profit organization dedicated to publicizing the sewers of the States, rose to fame in 2010 with the release of a video in which an American helicopter was seen playing white with civilians in Afghanistan. .

He was followed by hundreds of thousands of confidential official documents, from military messages to cables of embassies, sometimes ridiculing local leaders. Much of that material was provided by Chelsea Manning American Bradley Manning, before his change of sex from man to woman who ended up sentenced to 35 years in prison but released from jail in 2017 after 7 years, pardoned by the previous president, Barack Obama. With the notoriety of WikiLeaks, he was greeted as a computer genius and a libertarian messiah.

“The most dangerous man in the world,” was titled a biography of him. But quickly, criticism intensified. The authorities accused him of endangering the lives of intelligence agents, and some old friends and collaborators described him as self-centered, obsessive and paranoid. “The man who presumes to reveal the secrets of the world, does not support his,” said Andrew O’Hagan, who was asked to write Assange’s autobiography and ended up throwing in the towel. 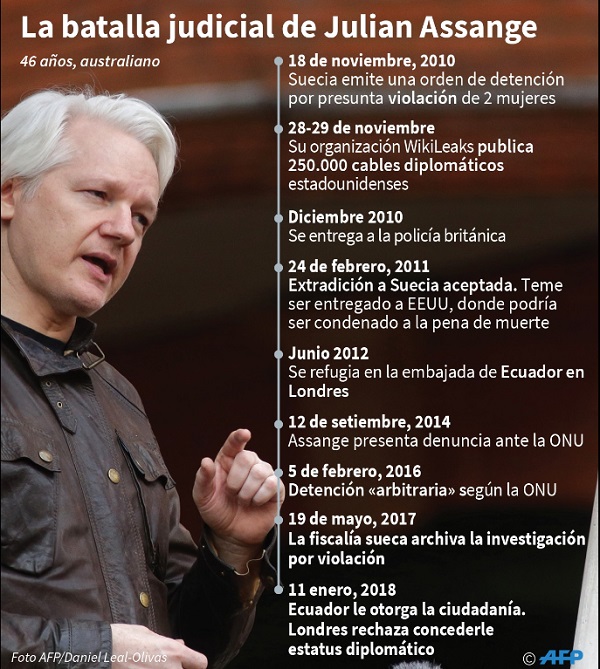 This photo released by Pepsi shows actress-model Cindy Crawford in a scene from her 2018 Pepsi commercial which will premiere during Super Bowl LII on Feb. 4. The new ad includes her son, Presley Walker Gerber, as well as footage from Michael Jackson’s memorable Pepsi commercial. (Pepsi via AP)

His steps in hacking

Assange, with gray hair and sober expression, sometimes wields a sarcastic half smile, entered the Ecuadorian embassy in London on June 19, 2012, when he ran out of resources to avoid being extradited to Sweden, where he was suspected of several sexual crimes against two women.

The Australian always feared that Sweden was only a stopover to a final destination in the United States, whose government would be willing to take the gauntlet. Julian Assange was born on July 3, 1971 in Townsville, in the Australian state of Queensland (northeast).

His mother is Christine Ann Assange, an artist who separated from Julian’s father before he was born. In his first 15 years, the boy lived in more than 30 different Australian cities before settling in Melbourne.

He was an intelligent student, he studied mathematics, physics and computer science at the university, without ever graduating. He was seduced by computer hacking then, and penetrated the web pages of NASA and the Pentagon under the pseudonym “Mendax.” It was at that time when he had his son Daniel, whose custody was later disputed with the mother. It is known that he has another son living in France. (I)