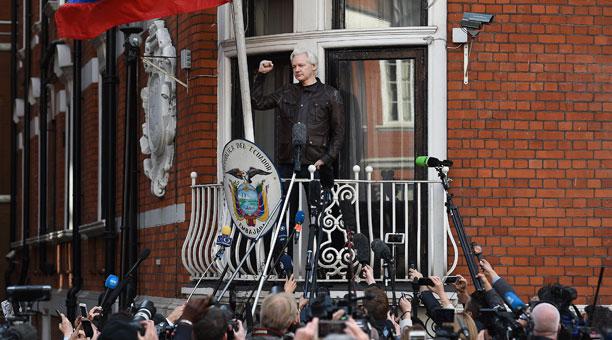 The founder of Wikileaks, Julian Assange, managed to make relations between Spain and Ecuador muddied.

The tweets sent by the Australian on Catalan independence, issued in exile at the Ecuadorian Embassy in London, would have annoyed Madrid. This  was reported on, May 16, 2018, the British newspaper The Guardian, as a follow-up to its investigation of the contribution of USD 5 million from the Ecuadorian State to protect the activist.

“Julian Assange’s intervention on the independence of Catalonia created a gap between the founder of WikiLeaks and the Ecuadorian government, which has hosted Assange for almost six years in its London embassy, the Guardian has learned,” say the first lines of the article to treat what they call ‘Operation Hotel’.

Diplomatic sources that requested anonymity refer to the Spanish reaction as “violent” and that it worried the government of Lenin Moreno. The Guardian reports the appointment of two independentistas (Orio Soler, Catalan businessman and publisher, and Arnau Grinyó, expert in online communication campaigns) to the diplomatic headquarters in November 2017, a few days after Madrid intervened in Catalonia for the unilateral declaration of independence.

“Assange has openly criticized the handling of the Catalan crisis in Madrid and described the independence movement as ‘the redefinition of the relationship between people and the State’, and ‘the most disciplined Gandhian project since Gandhi'”, quotes The Guardian.

In addition, “a Spanish diplomat told that newspaper that Spain ‘transmitted a message’ to the Ecuadorian authorities that Assange was using social networks to support the secessionist movement and send messages” that are at odds with reality. ”

The publication also points out that there have been several times that Spain informed him of the discomfort generated by Catalan pro-independence activities. “The source said that the Spanish Minister of Foreign Affairs, Alfonso Dastis, also addressed the issue and said that attempts had been made” to intervene, manipulate and affect what should be the natural democratic course of events in Catalonia.

“The president Moreno reminded Assange at the end of last year that he could not interfere in the political affairs of Ecuador, the country of which he has citizenship, or of other states, but Assange returned to tweet about the arrest of the Catalan independence leader, Carles Puigedmont in Germany, an action that compared with the one carried out by the Gestapo, in 1940, against the then Catalan president, Lluís Companys, who was finally shot after being handed over to the Francoists.

Ecuador suspended his connection to the internet. (I)