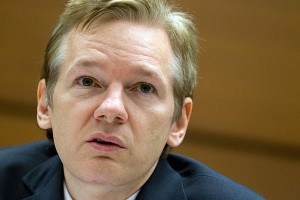 The Embassy of Ecuador in London organized a fashion show in order to raise awareness among the world about the injustice committed against Julian Assange, founder of Wikileaks, who will be the principal model for this event to be held in the framework of the London´s fashion week .

The models will wear clothes from the collection of Ben Westwood, costumes inspired by Clint Eastwood in his cowboy films, the soundtrack of the movie “The Good, the Bad and the Ugly” will accompany the parade. Assange has been granted asylum by the Ecuadorian Embassy since two years ago.