The Social Justice political movement calls for the removal, fine and loss of political rights of four councilors of the National Electoral Council (CNE) . 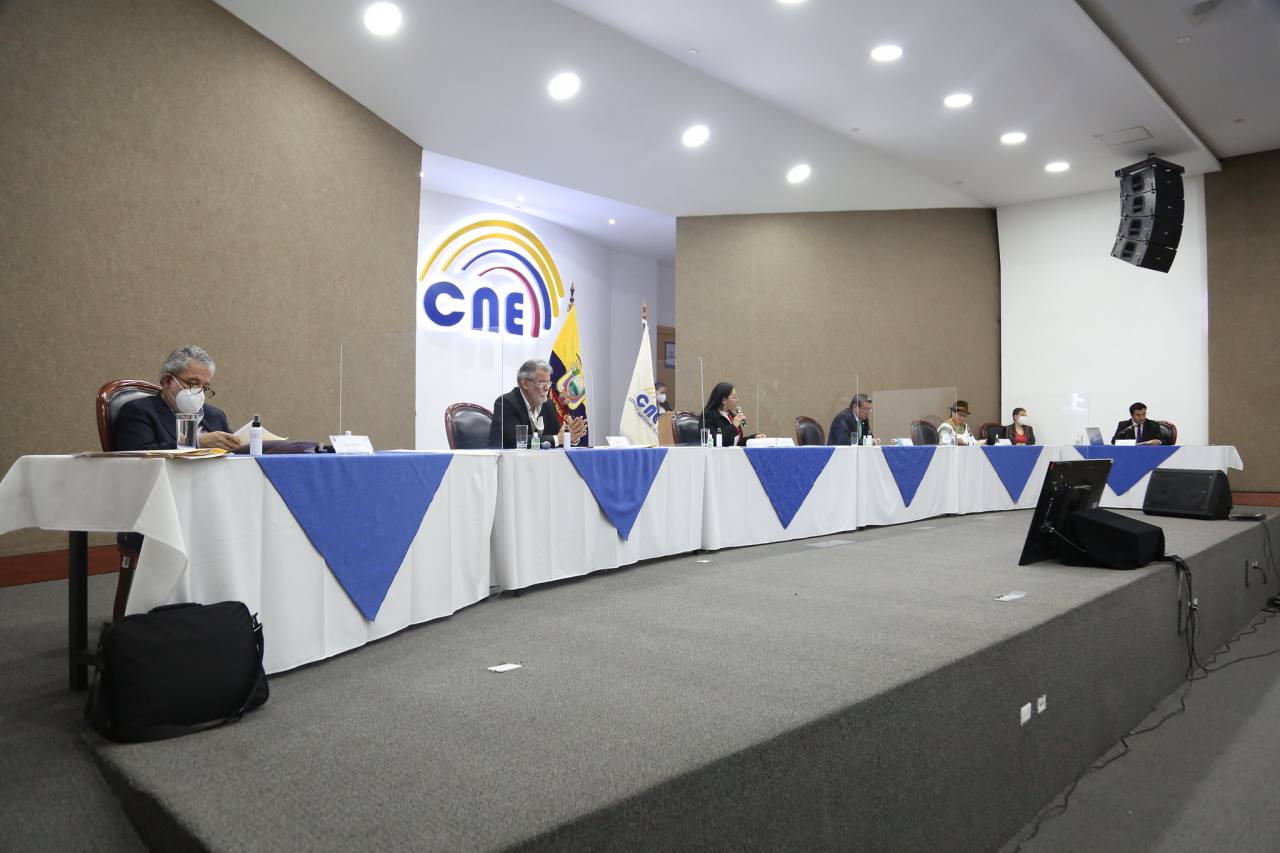 The political group presented on Tuesday, December 15, a complaint against the four members before the Contentious Electoral Tribunal (TCE) , for not complying with the sentence of December 8, which ordered that the deadlines be enabled for them to carry out their processes of democracy and elect candidates for all dignities.

The director of the movement, Jimmy Salazar, pointed out to the councilors José Cabrera, Diana Atamaint, Enrique Pita and Luis Verdesoto of having incurred in a serious infraction, stipulated in number 2, article 279 of the Democracy Code related to failing to comply with the judgments of the TCE .

The sanctions requested are the imposition of a fine of 70 basic salaries, dismissal and suspension of political rights for four years.

The cause must be drawn and admitted for processing by one of the five electoral judges.

The request comes, after the CNE decided on December 14 with the votes of the four directors, and the abstention of Esthela Acero, that the comprehensive reparation measures ordered by the Court cannot “violate the principle of estoppel, with based on the deadlines and terms enshrined in the Constitution ”, related to internal democracy, acceptance of candidacies and registration of candidates.

He asked the TCE to revoke the order of December 8, because it constitutes an “interference in the exclusive powers” of the CNE, and to refrain from performing acts that interfere with its powers.

And it was decided to file a claim for conflict of jurisdiction before the Constitutional Court (CC) .

Judge Arturo Cabrera, for his part, decided to issue an order on Tuesday night, for the plenary session of the electoral judicial body to adopt the decisions they deem pertinent in the electoral and criminal matters, for failing to observe the provisions contained in the sentence issued by the competent authority, since “nothing resolves on the fulfillment of the case and it is useless to wait for the term” of ten to be fulfilled to review the fulfillment of his sentence of December 8.

For its part, the Constitutional Court issued a statement on December 16, in which it indicates that so far, a lawsuit for conflict of powers has not been filed within it, but that if it is entered, they will resolve it with “independence, impartiality, and in strict adherence to the Constitution ”. (I)