‘Karanakuy’, a film about solidarity

Karanakuy is a Kichwa word that means to share, which also gives the title to the documentary short film by the Ecuadorian Paula Espinoza , who currently resides in Spain . The film, which shows from the cinema a series of positive practices in times of crisis, received an invitation to participate in the San Sebastián film festival. 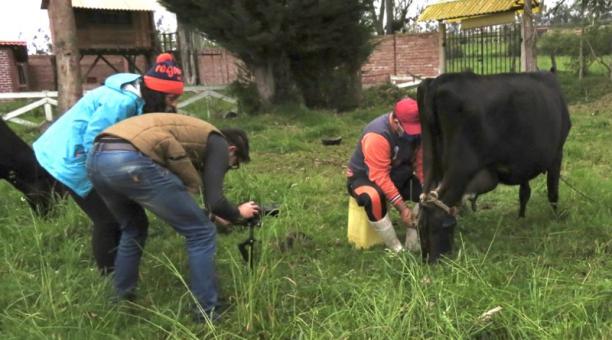 ‘Karanakuy’, a film about solidarity

This invitation came through the fifth international Nespresso Talents contest , in which ‘Karanakuy’ received the Audience Award.

This year’s call was held under the theme Virtuous circles , which encouraged the filming of inspiring stories in which the good deed of an individual , a company or the community , generate multiplying positive impacts. 735 filmmakers from 45 countries participated in this 2020 contest.

The new coronavirus pandemic surprised Espinoza when he was visiting Ecuador. Three weeks before the end of the call, and the idea of virtuous circles in mind, he found the project Inti Daquilema. Foundation asked about the issue and contacted the young indigenous Puruhá who led a campaign to collect food, which was redistributed among families affected by the pandemic . ‘Karanakuy’ focuses on this humanitarian work, in which a more universal idea coexists that has to do with solidarity as a daily practice.


“The most important thing was to adapt to the rules of confinement,” he says. After a preventive quarantine, she obtained a safe conduct to be able to move between provinces and work on the set; for three days in Chimborazo . The team consisted of Espinoza, his father Carlos Espinoza and videographer Danny Guerra .

Five days before leaving to film, he devoted himself to reviewing material that served as a reference to establish the type of shots, color, aesthetics and other narrative details . “I wanted it to be a short documentary in which, by seeing the images, the viewer can feel the harshness of what people are experiencing at that time.”

To reduce the risk of contact between the production team and the characters , the director dispensed with dialogue and sound recording with microphones and opted for off-camera narration and music as dialogue tools. “The script was structured during the displacements and the work of Inti and the volunteers, ” he explains.

“The visual arts are the most powerful and precious tools to be able to promote positive change, because they can help you to see truths that can feel close through the image,” says the filmmaker .

As a result of the dissemination, a fundraising campaign was started on the GoFundMe portal to support the work of the foundation . The objective is to continue broadcasting the short on other festivals and digital channels.

710 Ecuadorian companies will benefit from a trade agreement with Chile