Kidnapper in Paris Jewish shop is killed by French police 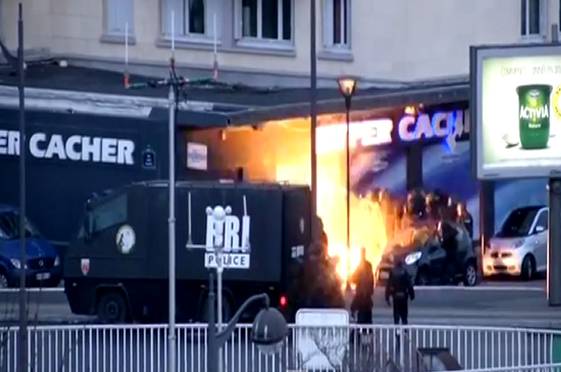 The man, identified as Amedy Coulibaly, who had taken a dozen people as hostages, including women and children, in a kosher shop in the east of Paris, was killed after the assault by security forces at the premises, according to police sources .

At least four bursts of automatic weapon and shouts of “to the ground” were heard inside the premises during the operation, which has allowed the release of several hostages for hours.

According to a latest report, at least four hostages would have died during the police operation.

The kidnappers, according to data provided by the police at first, were Amedy Coulibaly, 32, and Hayat Boumeddiene, 26, who allegedly escaped, according to CNN, and would be wanted by French authorities.

Coulibaly had demanded the release of jihadists Cherif and Said Kouachi, entrenched in a printing company in northeastern Paris and had threatened to provoke a “bloodbath” if their demands were not met.

The Paris police had released the photograph of Coulibaly and identified him as a suspect in the murder of a police, occurred on Thursday during another attack.