Kidnapper surrenders to authorities at a Paris post office 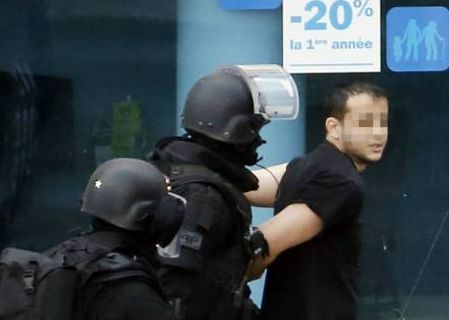 A heavily armed man who took this morning two hostages at a post office in western Paris, in the town of Colombes, surrendered to police this Friday causing no casualties in the attack, local media reported.

The event, that does not seem to be related to the Jihadist attacks that occurred last week in Paris, began around 12:30 (11:30 GMT), when the man came into the post office and locked himself with at least two civilians inside, reported the newspaper “Le Parisien.”

The mayor of Colombes confirmed “the taking of hostages by an armed man,” but did not specify the number of hostages. Indeed, he quickly proceeded to deny that the assailant had jihadist ties, according to the French newspaper Libération.

The own individual, with a criminal records, told the police he was heavily armed with grenades and Kalashnikovs, despited his claims were not disclosed.

Rapid intervention forces of the police cordoned off the area while a helicopter from civil security hovered the scene until the kidnapper surrended at 14:30 (13:30 GMT), without the need for agents to storm the office.