Kim Clijster Clasified to the Finals 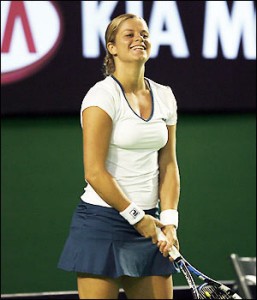 The Belgian tennis player, Kim Clijster, suffered a small traffic accident before his match, on which she classified for the Female Masters final that will be played on Sunday in Doha. Kim entered this category after defeating the Australian Samantha Stosur in two sets.

Her rival on the final will be the winner of Saturday semifinals, between the Danish Caroline Wozniacki and the Russian Vera Zvonareva. The duel among Clijsters and Stosur began a few minutes late because of the accident during her arrival to the Doha stadium; she did not suffer any injuries but had to wait for a new vehicle.

The Belgian champion of the last two opens of United States was intervened surgically due to a feet injure.