KLM will fly to Ecuador with a Boeing 787-9 Dreamliner 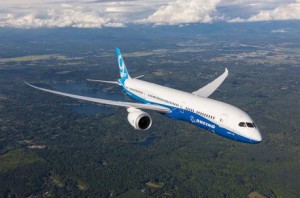 Dutch airline KLM will operate in Ecuador the Boeing 787-9, also known as Dreamliner. This aircraft is one of the most modern operating on a global scale and is characterized by being built with compounds, stronger and lighter materials than aluminum, allowing, in turn, a lower consumption of up to 20% fuel than other aircraft.

In the Official Gazette of Monday June 29, 2015 it is attached a memorandum that reports on the request of the airline, through its empowered company in Ecuador to operate the Boeing 787-9. According to the document, the aircraft will service for international scheduled air transport of passengers, cargo and mail.