Puerto Madero, Ipanema, La Carolina and Samborondón are some of the areas with the highest added value in Latin America. 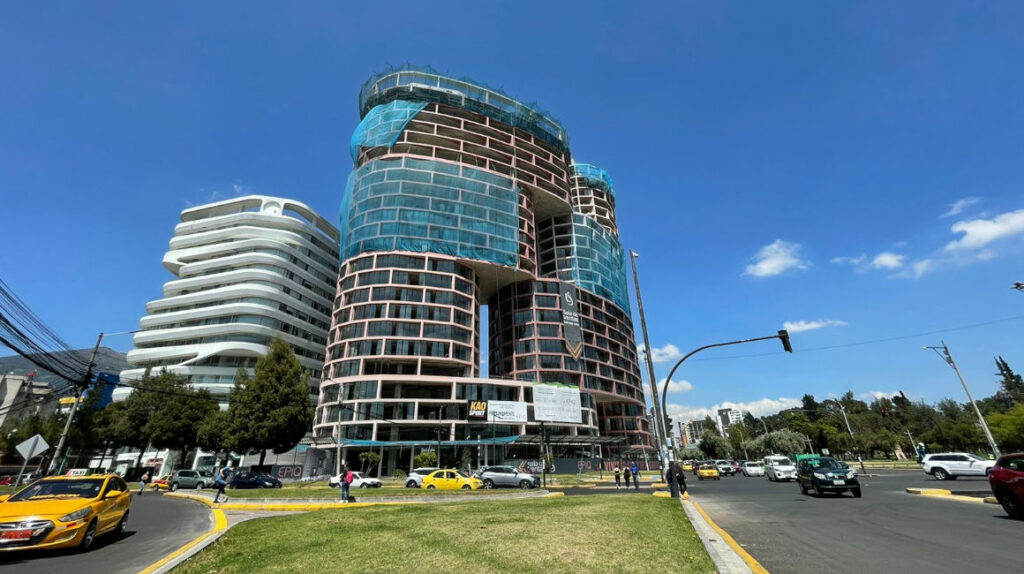 A building under construction in the La Carolina park sector, in the north center of Quito, on December 19, 2022.

Ecuador has three of the 20 areas with the highest price per square meter in Latin America, according to a report by the real estate portal Properati.

La Carolina, in Quito; Samborondón, which is a canton in the Guayas province, and San Sebastián, in Cuenca, are on the list.

The sector with the highest price per square meter in Quito and Ecuador is La Carolina, according to the report.

La Carolina is characterized by having a development of vertical buildings, which is due to the lack of land in Quito, explains Pedro Romero, director of the Master of Economics at the San Francisco de Quito University (USFQ).

In addition to the lack of space, the departure of the airport from the north of Quito towards the parish of Tababela, in 2013, encouraged the construction of high-rise buildings.

One of the projects being built in La Carolina offers suites from USD 140,000 to three-bedroom apartments for USD 400,000.

The properties of La Carolina are highly valued for being in the north center, very “close to everything”, explains Romero.

And there is connectivity with the Cumbayá and Tumbaco valleys, facilitated by the Guayasamín Tunnel.

And, in the coming months, three of the 15 Quito Metro stations will operate in this sector : Iñaquito, La Carolina and La Pradera.

The Quito Metro, which will be used by almost 40,000 people a day, is scheduled to start operating in March 2023.

“The sector will become attractive for people who work in public institutions , located in the Historic Center of the city, because their travel time will be reduced with the Metro,” says Romero.

Another coveted area is Samborondón, where a square meter can cost USD 1,503, according to Properati.

In recent years, Samborondón has positioned itself as a satellite city for the people of Guayaquil, due to its real estate offer, with gated communities, which are in greater demand due to the increase in insecurity.

“In Samborondón the first closed urbanizations were developed in which the people of Guayaquil lived. That happened 30 years ago,” Romero explains.

Victoria Sánchez, who lives in that sector, explains that the most expensive and safest area is exactly Vía a Samborondón. There are exclusive neighborhoods such as La Puntilla and Isla Mocolí.

The first people to live on Vía a Samborondón were the wealthiest in Guayaquil. This phenomenon has attracted upper-middle-class families, who want to improve their status, Romero explains.

In the areas with the highest price per square meter in the region there is also the parish of San Sebastián, in Cuenca.

As in La Carolina, the real estate offer in San Sebastián is concentrated in vertical constructions, with an average price per square meter of USD 1,087.

In the parish there are at least four buildings under construction that would be ready in 2023 and 2025. The sale of these apartments, with prices from USD 85,000 to USD 550,000, has already begun.

The high added value of San Sebastián is due to its proximity to one of the four rivers in the city, the Tomebamba; and to the circulation of the electric tram, which mobilizes 190,000 people a day.

Also, because the buildings are considered luxury, due to their finishes and the use of new technologies, which allow reducing the consumption of electricity and water.

In addition, Cuenca has positioned itself as one of the most sought-after cities by foreign citizens who want a home in Ecuador.

The ‘ranking’ of the areas with the most expensive square meter prices in Latin America is led by Puerto Madero, in Buenos Aires (Argentina).

It is followed by the districts of Ipanema, in Rio de Janeiro (Brazil), and Vitacura, in Santiago de Chile (Chile).

Senators support a trade agreement between Ecuador and the United States